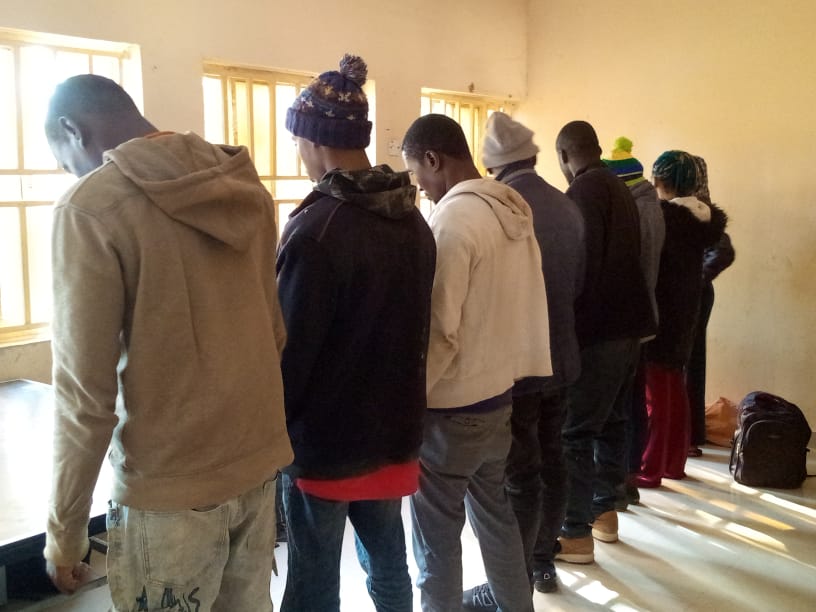 The Jigawa Command of the Nigeria Immigration Service (NIS), has rescued girl, 19 and seven other victims of human trafficking in the state at Nigeria/Niger republic boarder in JIgawa state.

The NIS comptroller in the state, Alhaji Ahmed Dauda Bagari while handing over the victims to the National Agency for Prohibition of Trafficking in Persons (NAPTIP) at the command headquarters in Dutse explained that the victims were rescued on Sunday at about 7pm by the men of the command operating on Kaya-Daurawa-Roni-Roni link road, Roni Local Government Area of the state.

According to him the victims were on their way to Libya through Niger Republic.

He added that the victims are from Abia, Edo and Imo states.
Bagari said the victims have been handed over to the National Agency for Prohibition of Trafficking in Persons (NAPTIP).

He therefore advised parents, guardian and the general public to desist from sending their children and wards abroad in search of greener posture.