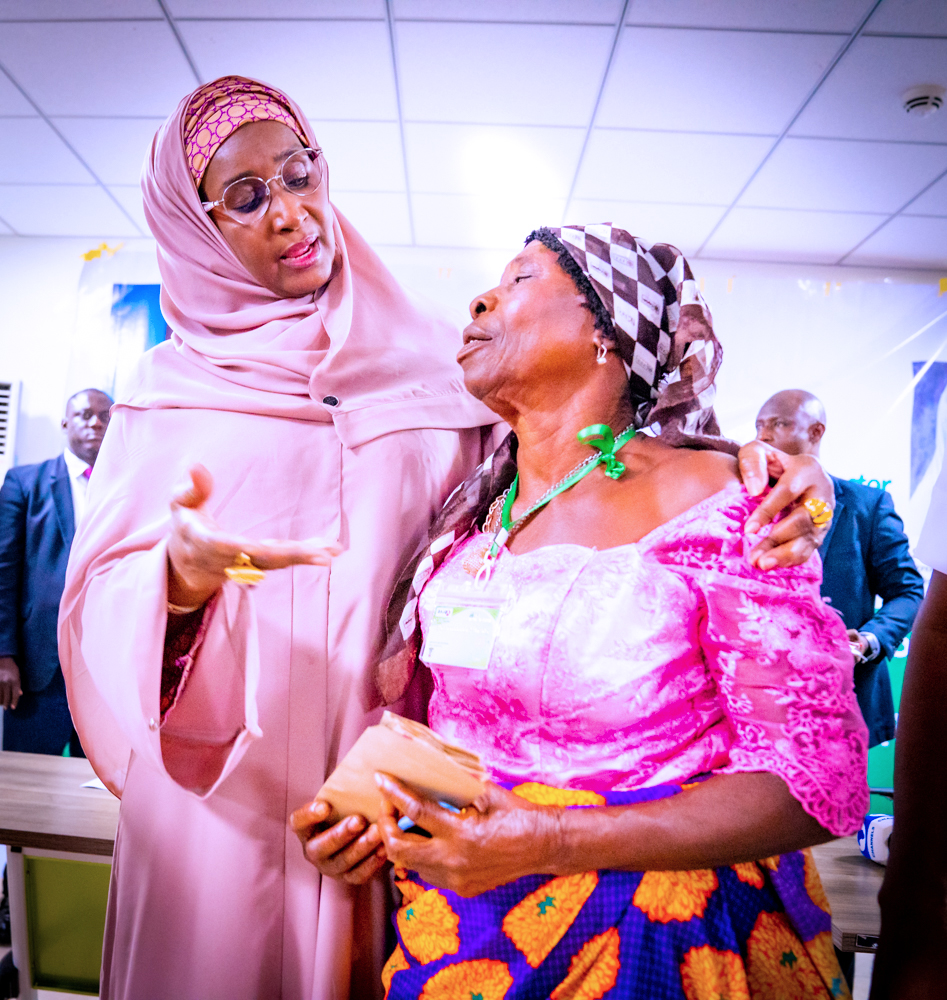 The Minister of Humanitarian Affairs, Disaster Management and Social Development, Sadiya Umar Farouq has visited Bayelsa and Delta states to commiserate with the governments on the flood disaster which destroyed farmlands, property and livelihoods.
Her special adviser on media Nneka Ikem Anibeze in a statement quoted the minister to have indicated that aside from the 12,000 metric tonnes of grains already distributed to states affected by the floods, as approved  by President Muhammadu Buhari,  the federal government, through the Ministry of Humanitarian Affairs, Disaster Management and Social Development has also delivered three consignments of food and non-food items to Bayelsa state since July 2022.

She commended the Bayelsa state government for its support to its people during the initial time of distress, adding that government sympathizes with all the victims and states devastated by the disaster.

“Given the magnitude of the devastation in the State and most parts of the country at large, l wish to inform you that His Excellency, President Muhammadu Buhari approved the release of 12,000 metric tons of assorted food commodities from National Strategic Reserve for distribution to victims of this flood disaster in the country as a way of assuaging their suffering.

“In addition, there are relief materials and other interventions that have been provided since July 2022 by NEMA, an Agency under the Federal Ministry of Humanitarian Affairs. I wish to also commend Bayelsa State Government for providing support to the flood affected persons and to acknowledge the understanding of the public on the intervention by the Federal and State Governments”.

The Minister also officially rolled out the Home Grown School Feeding Programme with Bayelsa state being the last state to join the programme, as well as the Government Enterprise Empowerment Programme GEEP 2.0

“We are also rolling out the Government Enterprise and Empowerment Programme (GEEP 2.0)
designed for vulnerable and low-income Nigerians who are involved in productive activities but have no access to loans.

“The  first phase of GEEP programme registered about 8,762 potential beneficiaries  in Bayelsa State across the 8 LGAs after which verification was carried out and about 828 beneficiaries were selected.

“These selected beneficiaries have under-gone enumeration and today l have come to Roll-Out the programme in the Bayelsa State. Hence, successful beneficiaries of the GEEP proagramme will start receiving credit alerts from Access bank from today by God’s grace”.

In his response, the Governor who was represented by the Deputy Governor Senator Lawrence Ewhrudjakpo thanked the Minister for her visit and urged her to give more loans to farmers in the state to assuage their losses to the floods.

“It is better to be late than not come at all. The cause is beyond the state and the country. Man has treated the environment badly and the environment has decided to fight back. We are happy that you have finally come.

“We urge you to increase the number of beneficiaries of the GEEP programme so that more farmers can produce more food, having lost most of their farmlands to flood “.

In the same vein, the Minister also sympathized with the Governor of Delta state, Dr Ifeanyi Okowa on the flooding in the state.

The Minister also rolled out the GEEP 2.0 programme in Delta state with 4,657 beneficiaries.

“A total of 33,838 potential beneficiaries were registered across 28 LGAs in Delta State after which 11,991 were verified and 4,754 were enumerated. The total number of 4,657 beneficiaries were finally selected to receive disbursement”.