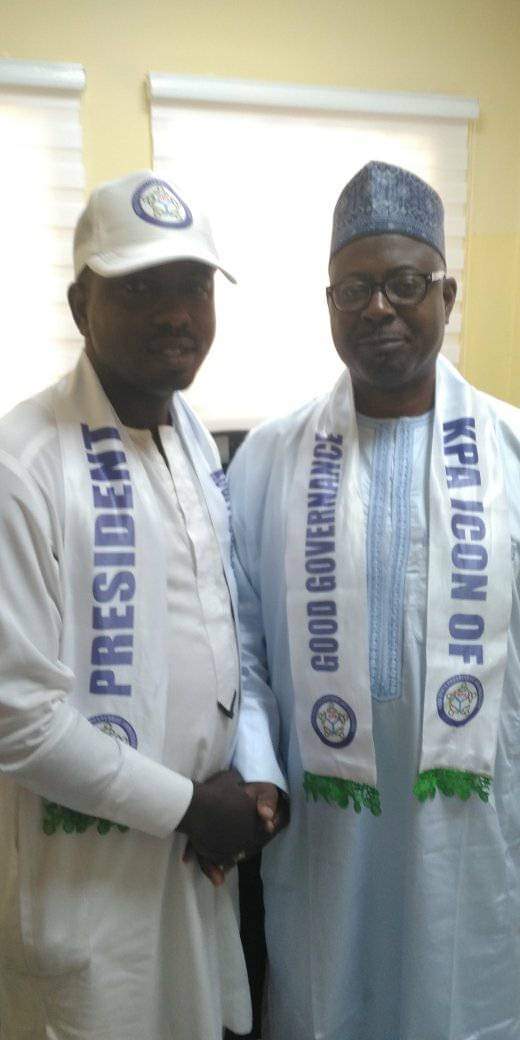 A public Service watch-dog in Kogi state, Kogi Progressive Ambassadors (KPA) has demanded improvement in public service delivery in the public sector governance of the state.

The group, whose membership cut across the 21 LGAs and election wards in the state, is engaging Heads of government agencies to deliver efficient service delivery to the people of the state in line with the policy trust of Governor Yahaya Bello-led administration, which according to the group, is people-focused and development-driven.

President of (KPA) Hon. Ismaila Abdullahi, who led members of the organization to the management of Kogi state specialists hospital in Lokoja on Wednesday, said KPA was concerned with service improvement and efficiency in service delivery to citizens of Kogi in the nooks and crannies.

Ismaila, who described Governor Yahaya Bello as a pace-setter with a reformist developmental agenda for the state, urged public office holders in the”New Direction” administration of Governor Yahaya Bello to offer high quality service delivery to Kogians in tandem with the ‘new order’ of positive change.

Ismaila, noted that while most appointees in government live above board with quality service delivery records, the efficiency-level of some government agencies falls short of public expectations, as expressed by the people who receive such public services rendered by the MDAs:

“In recognition of the excellent public health services being rendered to the patients at satisfaction level, commensurate with government’s huge investment in public health care delivery and the growing appreciation of the people, KPA as an organization keeping watch on the performance and quality of service in public institutions in the state, we cannot but honour the Chief Medical Director (CMD) of Lokoja Specialists hospital, Professor Adagiri, with award of excellence in public service delivery.”

Professor Adagiri, who dedicated the award to the Executive governor of Kogi state Alhaji Yahaya Bello, who found him worthy to serve the state in the capacity of CMD of the state specialists hospital.

The CMD urged Kogi citizens to report any form of dissatisfaction they may encounter in the course of seeking quality health care from the hospital as his doors are wide open to complaints from the public.