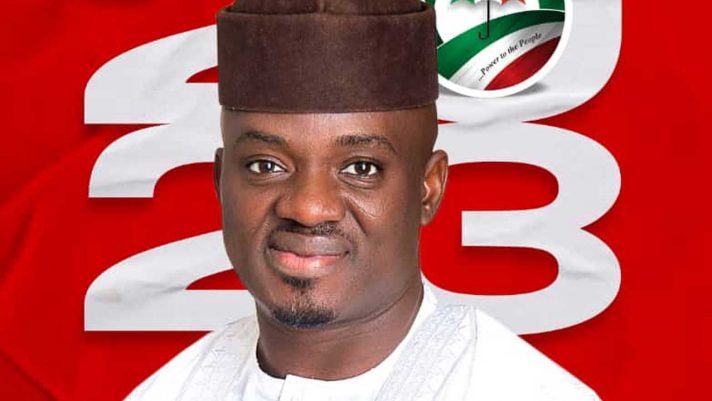 The People’s Democratic Party ( PDP) Governorship candidate in Nasarawa State, David Ombugadu has promised to prioritise wealth creation through youths, women empowerment and commercial agriculture to lift people of the state out of poverty if elected.

Ombugadu made this promise during a campaign rally on Friday in Kokona local government area of Nasarawa state.

According to him, he will take advantage of fertile lands and agrarian nature of the state to diversify into commercial agriculture, and also open up rural roads for easy transportation of farm products.

“Zero poverty and hunger is number one in sustainability development goals, so our government will prioritise youths and women empowerment to enhance their economic growth.

“We will open up roads, build international market to export your farm products, so, we are soliciting your support, and also counting on you to vote for all the PDP candidates,” he said.

Maku who is also a former minister Information and Defence, said despite N14 billion given to Nasarawa state in the last four years as security vote, there is no peace.

“That is why Nasarawa state needs change. Women should not sell their votes, they should not allow themselves to be used by anybody in the guise of exchanging their PVC for a loan. It is a ploy to disenfranchise you.

“All the major projects APC claimed to have done were initiated by PDP government, PDP government built secondary schools more than any other government in the state. Federal University Lafia was built by PDP, so also federal Secretariat.

“Special forces based in Doma is built by PDP, I personally signed the memo when i was a minister of Defence, in four years APC led administration in Nasarawa state only commissioned 2 motor parks, one in Lafia and another in Karu,” he said.

Speaking earlier, Francis Orogu, the state PDP Chairman, appealed to the people to vote all PDP candidates to bring about the needed development to the state and the country at large.

“Everybody knows what we are facing in this state and Nigeria, don’t vote based on religious affinity, all the candidates are qualified and competent to bring about good governance.

Orogu disclosed that the party had since settled its differences, as it has resolved to work together as one family to ensure its victory in the forthcoming general elections in the state.