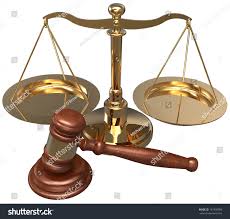 A Judge of an Abuja High Court, Justice Kayode Agunloye yesterday summoned the Heads of the Old and New Keffi Correctional Centres, Simon Kagama and Alao Moses to appear before him to account for the whereabout of a suspect, Suleiman Mohammed who was allegedly involved in the murder and robbery of Mr. Gabriel Adukwu.

Although the “disappearing” suspect was charged before the court for being in possession of the vehicle belonging to the Mr. Adukwu after he was killed, he has also been fingered by the family of the deceased as the main organiser of the robbery and murder.

Justice Agunloye also ordered that the Record Officer at the Keffi Correctional Centre, and the Prison Warden who brought the suspect to court on the last day before he “disappeared”, Abdulahi Yunusa also appear before him to account for his whereabout.

When the matter came up on the 29th of November 2022, counsel to the suspect could not account for the whereabout of his client as he said the correctional centre did not hand him over to him having been granted bail a day earlier.

In his reaction, counsel for the family, Barrister Abba Ejembi raised concerns how after leaving the court with the Prison Warden (Abdulahi Yunusa) back to the Correctional Centre, they will not be able to account for him.

He said he was circumspect of this new development where the suspect is missing when a co-suspect in the murder and robbery of Mr. Adukwu had also reportedly escaped from police detention in Benue State also.

Reacting to the development, Justice Agunloye summoned two officials of the correctional services, which include the Controller, Mr. Alao Moses and the prison Warden, Mr. Abdulahi Yunusa to appear on the 16th of December 2022 to account for the suspects whereabout.

However, when the matter came up today, there was still no clarity on the whereabout of the suspect whom they said had been discharged from their facility based on the court’s warrant granting him bail.

The visibly concerned judge decried the situation, saying “how can you not know his whereabout? Why did you not release him to his lawyer?

“This is a case that touches on the sanctity of life of an individual and I will not sit here and simply strike out the case because the suspect is missing and has not come before me. I must get to the bottom of it. We must resolve this and establish the suspect’s whereabout for him to stand trial”, Justice Agunloye held.

Accordingly, while adjourning the trial to January 9, 2022, he ordered that “the Heads of the Old and New Keffi Correctional Centres, Simon Kagama and Alao Moses to appear before this court to account for the whereabout of the suspect.”

He also ordered that every record of the suspect within the Keffi Correctional Centre be produced in court along with the charge against him at the Upper Area Court.