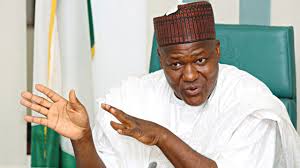 The Obi/Datti media office has reacted to a statement credited to the former Speaker of the House of Representatives, Hon. Yakubu Dogara, that his own Christian group in the North have chosen the presidential candidate of the Peoples Democratic Party, (PDP) Atiku Abubakar ahead of the Labour Party’s presidential candidate, Mr Peter Obi, describing the decision as jaundiced
Dogara in his statement earlier said he does not believe that Obi and the Labour Party will win the election and even if they win, they will not be able to run the system.
However, the Obi/Datti media office in a statement issued on Sunday said, “Hon. Dogara has a fundamental right to choose who to support and nobody can hold that against him, but to try injecting his Old Testament politics into the system to suit his selfish interest is not going to do him any good.
“Clearly, the former Speaker knows that he is swimming against the tide by his unpopular decision which amounts to running from frying pan to fire; from one injustice to another and claiming to be acting on behalf his people whose anger for the two wrongs of the two main political parties are glaring.

“Hon Dogara knows as a fact that his position does not reflect the heart and mind of majority of Nigerian populace who are already on the moving train to take back the country from the primeval political thinkers like him.