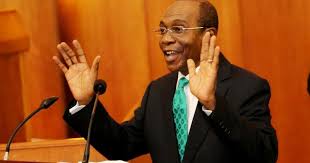 The group in a statement by its Director John Dimu indicated that Egmont Group, a forum of 164 countries that provides financial units with a platform to securely exchange expertise and financial intelligence to combat money laundering and terrorist financing among others, would have suspended Nigeria if DSS had framed Emefiele for trumped up terrorism charge.

The group added that suspension of Nigeria from the group if it happens will be embarrassing given that the country has been suspended sometimes in 2017 over lack of a legal framework and autonomy.

The statement reads, “We received with disappointment the reports of discovery of a Suit secretly filed by the State Security Service wherein it accused Mr. Godwin Emefiele of terrorism financing as well as other crimes it described as economic crimes of national security dimension.

“The allegation that the SSS embarked on this plot to remove the CBN Governor for political and pecuniary reasons, is not only a huge shame but against the ethics of the Egmont group which Nigeria is a member of. Recall that the group had suspended NFIU, an arm of the Economic and Financial Crimes Commission, after its plenary in Macao, China, on July 2, 2017. “The group suspended Nigeria as a result of its lack of a legal framework and autonomy. It’s quite shocking that DSS could be found being part of this illegal move. We advise DSS to focus on its mandate rather than becoming lapdogs for politicians.”