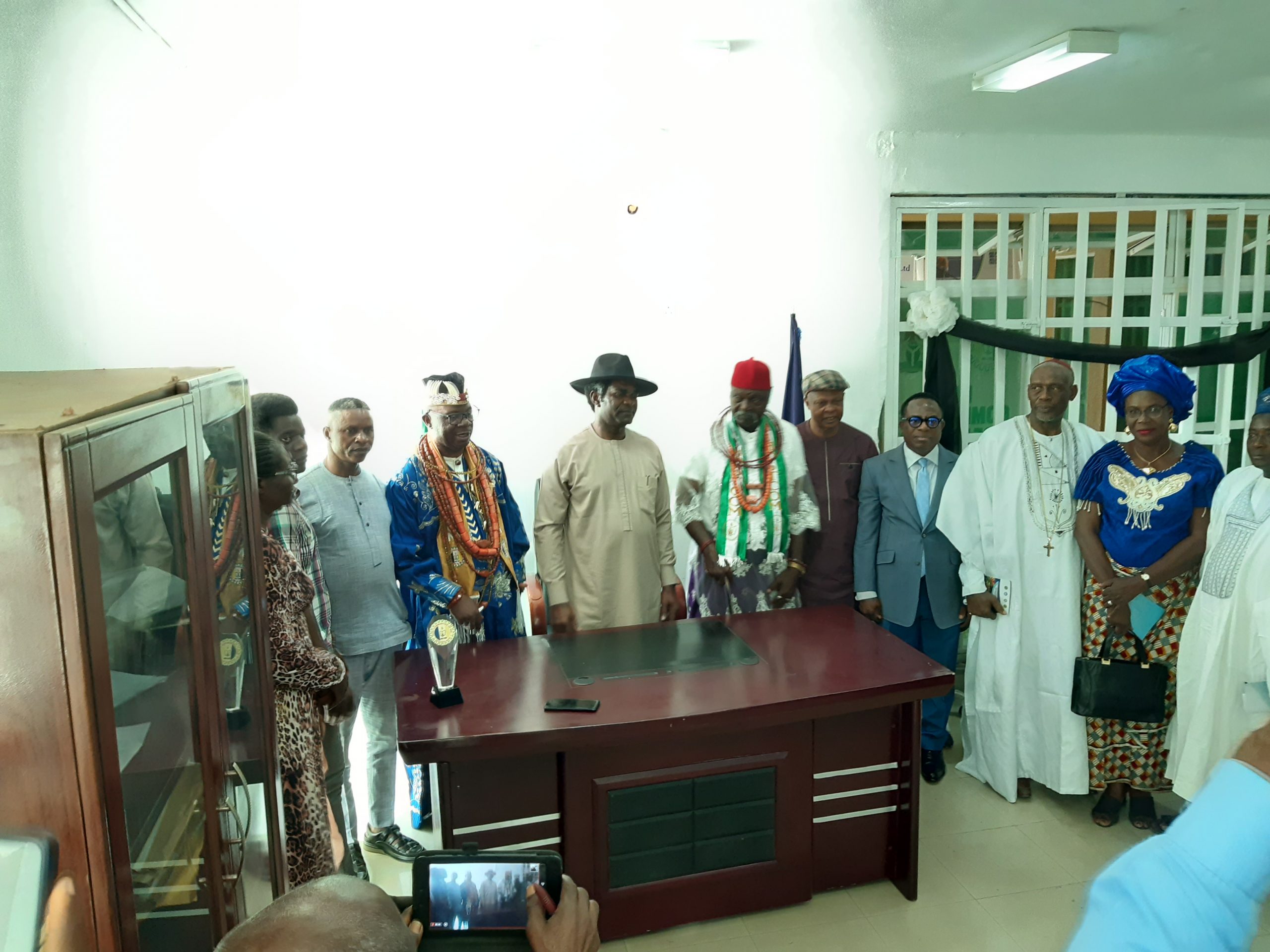 Paramount ruler of Nembe Kingdom Edmond Dakoru, spoke at the weekend during the official commissioning of the Abuja Liaison office of the HOSTCOM .
Speaking through his representative Erenghotie Ansley-Thomas Esq, he thanked the present administration for the (PIA), efforts of which he said previous administrations had frustrated.

“For a government to sign the PIA, which happens to be an improved version of what started in the past deserves our commendation. It takes the political will and commitment on the part of government and the drivers of that sector to be able to do that because several efforts have been frustrated several times”.

However, he expressed fear that any piece of legislation, no matter how well intentioned those who enacted it may be, until those saddled with the responsibility of operating it or giving expression to it come in tandem wit the spirit of the law, they may only be driving the letter, which could be compromised or sabotaged, as we have seen in so many cases.

“As much as we have a very robust legislation, it is important for HOSTCOM and other stakeholders to collaborate on how to enforce or tho insiststhe implementation of the PIA”.

On his part the National President of HOSTCOM His highness chief Benjamin Style Tamaranebi requested the Nigerian Upstream Petroleum Regulatory Commission and the Health, Safety, Environment and Community of the Nigerian Midstream and Downstream Petroleum Regulatory Authority (NMDPRA) and other relevant MDAs to use the earnest powers of their good offices to incorporate HOSTCOM’s budgetary provisions in their budgetary provisions by partnering with the Commission and Authority for Environmental intelligence gathering and data collation.

He also requested that HOSTCOM be provided with every project draft EIA to ensure the effective implementation of Sustainable Development processes.

He wants HOSTCOM to be allowed to monitor every project from Inception to commissioning.
Other demands are for HOSTCOM to be shortlisted in the NUPRC and NMDPRA protocollist.

The President also requested that HOSTCOM is given the opportunity participate and assist in providing environmental field
management plan from field to field basis as well as participate in ensuring building cryogenic plants on build, operate and own (BOO) basis in order to strategically end gas flaring.
He also wants payment of gas flare funds, and its remittance to be made to HCDT on project development and investment basis for Community sustainable development.

As an entity he also demanded that HOSTCOM be given license to operate modular refinery in the producing states to end illegal refining and crude oil theft and to have license to lift petroleum products for fairness and equity.

“The accomplishment of the aforementioned objectives will inevitably be the foundation that would overhaul the legacy mistakes to improved livelihood and socio-political and economic advancement of the Host Communities of Nigeria Producing oil and gas and citizenry of our great country.

“We are optimistic that the bounty of your benevolence knows no bounds and would be memorable in the annals of HOSTCOM history to the producing oil and gas States in the Federal Republic of Nigeria.