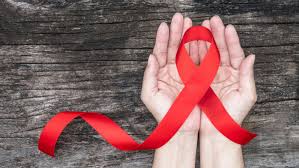 The Nasarawa State branch of the Network of People Living with HIV/AIDS in Nigeria (NEPWHAN) has indicated that the rate of mother-to-child transmission of HIV has dropped to less than 10 per cent in the state in the last two years.

Nasarawa State Coordinator of NEPWHAN Mr Philip Lokoko, made the disclosure at a media roundtable to review the implementation of Nigeria Resilient and Sustainable System for Health Project (RSSH) on Thursday in Lafia.

The programme is a Global Funded Project aimed at strengthening and expanding the capacity of Nigeria’s Health System to combat tuberculosis, malaria and Human Immunodeficiency Virus (HIV) and Acquired Immunodeficiency Syndrome (AIDS).

He added that the success achieved in the reduction of the prevalence of HIV in the state was due to interventions from partners and robust sensitisation as well as the activities of the National Agency for the Control of AIDS (NACA) among others.

Speaking on the project by RSSH, the Coordinator of people living with HIV/AIDS added that they were working to improve the quality of services at medical facilities where their members are accessing medical care.

He explained that the project had engaged 15 Community Based Organisations (CBSs) from the communities they are intervening to monitor and ensure improved services for thier members.

He however raised issues on the fact that people living with HIV/AIDS in the state are still facing the problem of stigmatisation from the public.

“If an infected person is being discriminated against, he or she would withdraw from taking antiretroviral (ARV) drugs.

“Adherence to ARV drugs is 100 per cent and anything short of that would not work, as such, the public should desist from stigmatisation against infected persons,” he added.

The Coordinator also said that being infected with HIV/ADIS is not a dead sentence and therefore, he encouraged members to continue to avail themselves of treatment in order to suppress the virus.

Also, Mrs Patience Samson, State Programme Officer of RSSH lauded the 15 Community Based Organisations for thier interventions towards creating enabling environments at the various medical facilities.

The Programme Officer added that the project is being implemented in five Local Government Areas (LGAs) of Doma, Lafia, Akwanga, Keffi and Karu.

She added that every CBO is working in at least two Primary Healthcare Centres in thier respective areas and giving feedback to the team at the centre.

Dr Ruth added that the present prevalent of the virus in the state is two per cent and the state is working towards achieving zero infection by 2023.

She added that the state has put machinery on ground to check stigmatisation against person living with HIV/AIDS.

According to her the government had enacted anti-stigma law since 2012 and efforts is being made to enforce it.