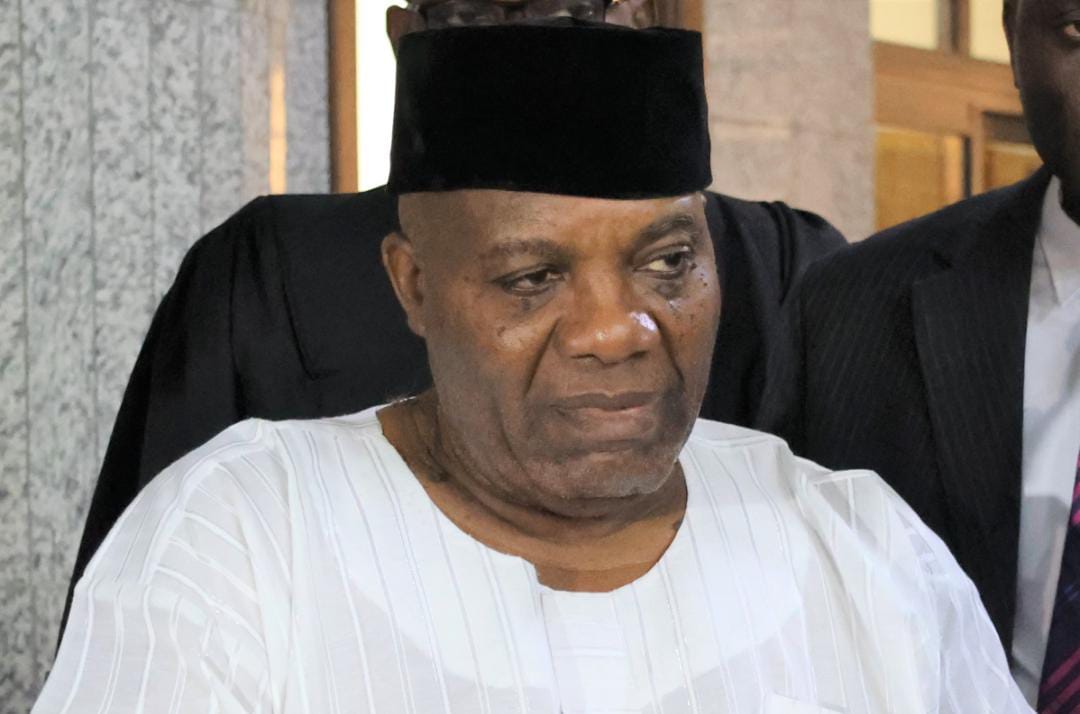 Embattled Director General of Labour Party’s Presidential Campaign Council, Dr Doyin Okupe has tendered his resignation after his conviction.
For breaching the money laundering act, a federal high court in Abuja had handed him two years jail term.
Okupe was found guilty of 26 out of a 59-count charge preferred against him by the Economic and Financial Crimes Commission (EFCC) in a judgment delivered on Monday.

The presiding judge, Ijeoma Ojukwu, sentenced Okupe to two years in prison on each of the counts, however, the sentence is to run concurrently.
The judge however, added that the convict is at liberty to pay a N500,000 fine on each of the counts — totalling N13 million
However, in a letter he signed addressed to Peter Obi on Tuesdsy, a copy of which was made available to newsmen in Abuja he said, “You will recall that I briefed you yesterday about my personal travails in seeking justice and clearing my name using the Nigerian Legal System to pursue same.

“I have invested too much in your campaign to allow my personal travails to become a source’of distraction. ‘

“In the circumstances, I have opted to step aside and plead that you appoint a new Campaign DG who can continue the assignment with zero distractions.
The presidential Cabdate of the Labour Party, Peter Obi on Tuesday, had earlier indicated that the conviction of the campaign Director General of his Campaign Council Mr Doyin Okupe cannot break his resolve to be Nigeria’s president come 2023.
Obi spoke on Tuesday during an interactive session with journalists in Uyo, Akwa Ibom State capital