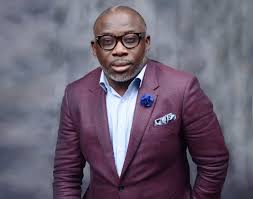 On Wednesday February 9, 2011, the Abuja Sheraton Hotel and Towers, (now re-christened Abuja Continental Hotel), played host to a large gathering of people from diverse backgrounds. Tajudeen Yusuf had won the Peoples Democratic Party’s (PDP) primaries for Kabba-Bunu/Ijumu Federal Constituency, and his friends, colleagues and associates organised a fundraiser. Elections and electioneering can be quite expensive in Nigeria. Acquaintances of “TeeJay Yusuf” as Tajudeen Yusuf is more popularly known, therefore put the event together in support of their own. Elections were barely two months away.

“Minister Emeritus” Prof Jerry Gana; Dr. Hussaini Abdu andcBarrister Mahmud Abdu, made very inspiring and revealing speeches about the candidate and public expectations from the aspiring parliamentarian. Yusuf, in his vote of thanks declared: “By the grace of God, I am going to hit the ground running if I win the election. Immediately after inauguration, I will begin an education-focused programme for secondary school students in Kabba-Bunu/Ijumu Federal Constituency. I pledge before everyone here, that I will bring a new face of responsive, responsible and resourceful representation. I make bold to declare that there would be difference in terms of service delivery…By His Grace, I will be different.”

Thankfully, he won the elections. Barely three weeks after his inauguration as Member representing Kabba-Bunu/Ijumu federal constituency, Yusuf commenced an education intervention programme, “Back To School” a four-week summer school for students in Senior Secondary School in his constituency. At the end of the programme, the top three students from each of the seven centres were awarded scholarships. Thus began an education initiative that has been sustained for 12 years. It has grown in content, notably in the expansion of centres, participation by students and institution of awards. In 2013, Yusuf added the “TeeJay Yusuf/NTA Kabba Quiz Competition for Secondary Schools in the Federal Constituency.”

The ever committed Yusuf has without doubt, bettered the records of his predecessors who represented the same constituency. In all the three primary responsibilities of a parliamentarian, notably: Law making, oversight duties constituency development, he has distinguished himself creditably. For the records, he has moved over 70 successful motions which are people-focussed and development-driven. His motion on “Urgent Need To Avert Planned Strike by Electricity Workers,” prevented the country being thrown into days, possibly weeks of total blackout. Whereas many of his colleagues have been accused of non-performance by their constituents, Yusuf has impacted across sectors in all the 30 wards he represents. His efforts have traversed education, healthcare, power, agriculture, water, roads, and other departments.

He has also assisted many of his people with job placements, not only in the public sector, but also in the public sector. Yusuf has organised various skills acquisition and entrepreneurial training programmes for thousands of his constituents. Also, leveraging on his goodwill, contacts and networks within and outside the National Assembly, many people are proud beneficiaries of federal government palliatives and loans programmes. Through his dynamic approach to representation and service delivery, many who were victims of rain storms, erosion and ecological challenges as well as fire incidents benefitted from numerous goods and products given by appropriate government agencies.

As a firm believer in the unity, progress and development of the Okun nation over the years, Yusuf has always reached out to communities outside his primary catchment. He has always built enduring bridges with leaders, elders and people from the five local government areas, (LGAs) that make up Okunland. He has indeed reached to other sections of Kogi West Senatorial District outside Okunland, notably Lokoja/Kotonkarfe federal constituency. To underscore his commitment to the general well being of our people and their development, Yusuf indeed extended projects to Lokoja and Yagba Federal Constituencies, a few years back. The Medical Centre in Ponyan, Yagba East, as well as the street lighting at the Federal Medical Centre Lokoja and Medical Centre, Lokoja, bear his imprimatur.

Through the yearly “Interactive Dinner for Public Servants and Others” which he initiated, Yusuf unknowingly created a veritable platform for bridging the gaps between Okun people in the public service. He has provided a forum for networking amongst our people. Yusuf’s love for his constituents and people and his desire for the general good; his passion for hard work and general altruism, collectively energise his engagements and endeavours.

At the closing ceremony of the first “Back To School Programme” held at St. Barnabas Secondary School, Kabba, September 2011, former Kogi state governor, Ibrahim Idris declared: “As a parliamentarian and loyal party man, Yusuf has persistently demonstrated the qualities of a true and proper indigene of Kogi State. Since his inauguration in June 2011, he has continued to make us proud by being resourceful, responsive and responsible in meeting the aspirations of his constituents.” At the closing ceremony of another “Back To School” programme held in St. Augustine’s College, Kabba, Idris Wada, who succeeded Idris, confirmed that: “Over the years, Yusuf has consistently distinguished himself as a worthy ambassador of Kogi State in the national assembly. Aside excelling in his legislative responsibilities, he has continually contributed to the political and institutional development of Kogi State.

At the “2012 Constituency Empowerment and Projects Commissioning” by Yusuf held in Kabba, Aminu Waziri Tambuwal, Speaker of the House of Representatives at the time (who is now Sokoto state governor) spoke thus: “My dear brother and friend, TJ Yusuf has made wonderful and brilliant contributions to national development. His commitment to national unity, growth and development is unparalleled for someone who is a first termer in the House. Yusuf is imbued with strength of character, integrity, vision, focus and doggedness. He is an extremely straight forward, reliable, loyal and dependable team-player.”

Yakubu Dogara, who succeeded Tambuwal, at the “Distribution of Empowerment Materials and Projects Commissioning” in 2017, congratulated “the people of Kabba-Bunu Ijumu Federal Constituency for having a great son in the national assembly. He has positively projected the name of the constituency on the national stage. TJ Yusuf is an unusual and uncommon politician with high personal attributes and qualities, a wonderful compatriot, most dependable and reliable ally.” Yomi Awoniyi, former Kogi State deputy governor eulogised Yusuf “for distinguishing himself as a true representative of our people. Truly, I am particularly impressed with the activities and contributions of my very dear brother, to national, state, senatorial and constituency development.” Kogi State PDP chairman, Samuel Uhuotu said: “We are very proud of his excellent contributions to national development as a member of the “green chamber.” Watching him debate and contribute to discussions at plenary, we are always happy that as a party he is a worthy ambassador of Kogi State PDP. We acknowledge and commend his numerous and enormous empowerment programmes and projects facilitation, which has gone a long way in elevating the status of our great party in Kogi state.”

Yusuf’s loyalty to friendship, group cause and party interest is unequivocal, unambiguous and total. For him, there is no middle position or shifting of goal post the moment there is an agreement and consensus on issues. On several occasions, he has done this even at the risk of personal discomfort. For him, no price is too big to pay in the realization of any cause and decision collectively and mutually agreed. In the course of the subsisting Ninth Assembly, he turned down the offer to be the Minority Whip of the House. Yusuf insisted that he cannot be disloyal to party position and decisions. As if this was not enough “punishment,” Yusuf was denied the chairmanship or deputy chairmanship of any committee, by the leadership of the lower parliament. That was the price he paid for voting according to the directive of the minority party to vote Umar Bago as against Femi Gbajabiamila, for the speakership.

During the eighth assembly, in his role as chairman of House Committee on Capital Market, Yusuf contributed massively to the growth and development of Nigeria’s capital market. He was also critical to the subsector’s contributions to the national economy. With his background as an economist, convinced that the capital market should be repositioned through necessary legislations and executive actions, Yusuf together with his counterpart in the senate, Isiaka Adeleke (of blessed memory), organised the first and second “Stakeholders Summits on Capital Market,” in 2016 and 2018 respectively.vThe fall-outs of both stakeholders’ fora, culminated in the passage of the “Stock Exchange Demutualization Bill” by both chambers of Nigeria’s Parliament. This culminated in the repositioning of Nigeria’s commodity exchange to drive the agricultural sector.

Having aggregated immeasurable experience after two stints in the House of Representatives, Yusuf made an attempt to challenge for the senate in 2019. He genuinely desired to give way to a successor, even as he eyed the red chambers. The leadership of the PDP, however, accorded the “right of first refusal” to decampees from the APC to the PDP. This automatically robbed him the opportunity of challenging for higher responsibilities. Yusuf is better prepared today. In nearly 12 unbroken years of representing Kabba-Bunu/Ijumu federal constituency, Yusuf has acquitted himself as a consummate and committed parliamentarian. He has been available and accessible to his people, prioritising their needs and desires in the course of being their voice and solicitor.

He has refused to be individualistic, preferring rather, to work for his people, and indeed for his contiguous catchments across the sprawling sub-country of Kogi West, which stretches from Chikara, abutting the federal capital territory, (FCT), onwards to Egbe in Yagba West LGA. He has cultivated and sustained relationships in all the 85 electoral wards, in the seven LGAs constituting the senatorial zone. With the experience he packs in his pouch, Kogi West will be the ultimate beneficiary if he is entrusted with the responsibility of representing the area at the senatorial election scheduled for Saturday February 25, 2023. For him, it will be a seamless transition from the “green chamber” to the “red,” both located within the selfsame iconic national assembly complex.

Bolaji Afolabi is the Special Assistant to Honourable Tajudeen Yusuf