Uyo in festive mood as Obi, their in law arrives with the Obidient family for mega rally 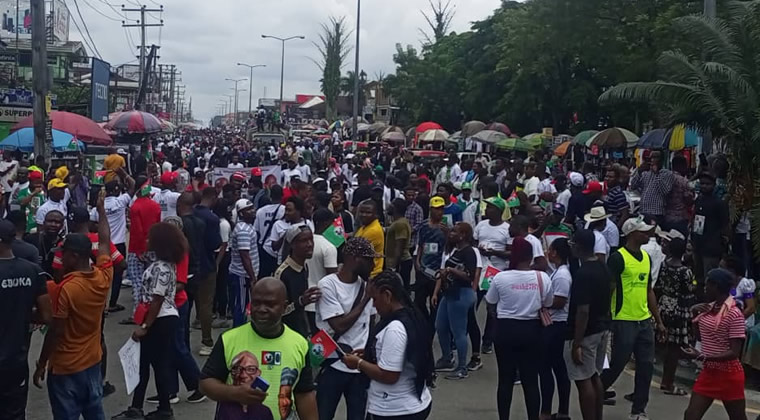 The Labour Party Presidential Campaign train has made the landmark visit to Akwa Ibom today, Tuesday December 20 amidst fanfare as the State has been in a festive mood

The Presidential Candidate of the party, Peter Obi is a faithful Son-in-law of the state having married Margaret an Akwa Ibom daughter many’s ago and the marriage is  blessed with two children.

Obi-Datti Media office in a statement indicated that the state capital Uyo and the rest of the state are charged for their daughter and her husband who arrived the state on Monday for Tuesday’s momentous rally.

At the rally, Obi is expected to continue his message of taking back Nigeria and transforming it from consumption to production and eradicating poverty by creating job for the energetic youths of Nigeria.

A victory for Labour Party and Obi on February 25, 2023 means that an Akwa Ibom daughter will be the country’s First Lady a swift pathway to the seat of power which no one wants to sacrifice  for anything.