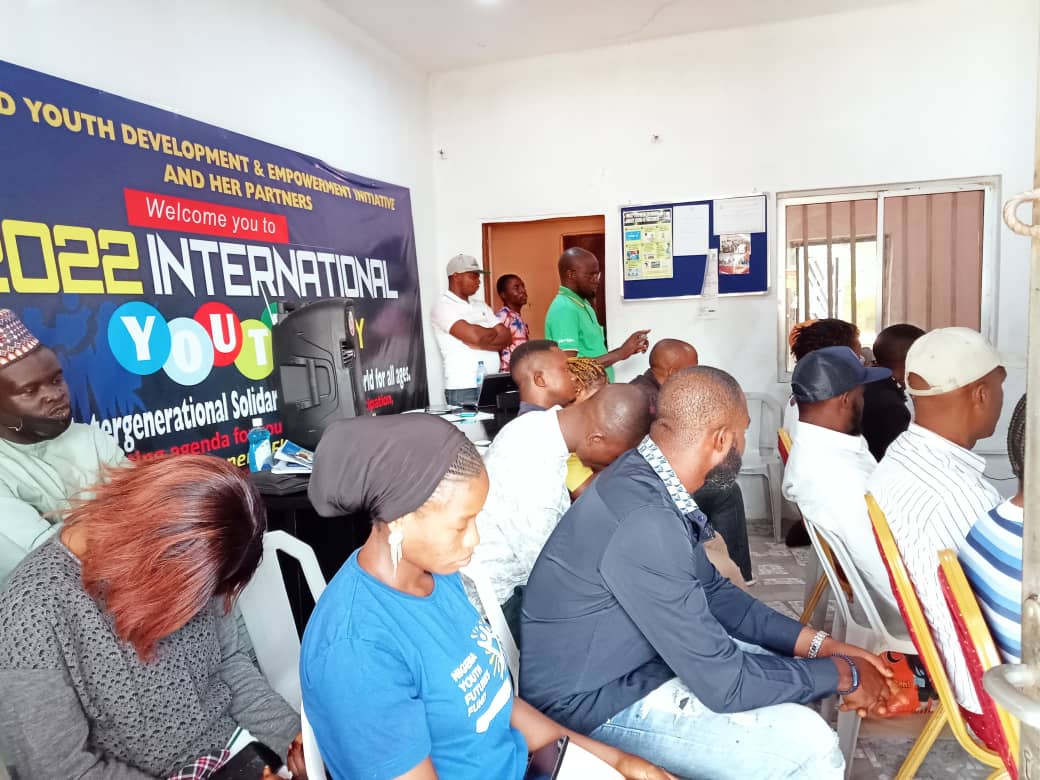 As the 2023 general elections draw closer, a Kogi-based Civil Society Organization, Lugard Youth Development and Empowerment Initiative (LYDEI) has called on the Independent National Electoral Commission (INEC) to build trust in the electorate through open conversations.

Executive Director of LYDEI Okutepa Aminu Oseni, made the call at a meeting of “Critical Youth Stakeholders from the 21 Local Government Areas of the state under the aegis of the Light Up Youth Democracy Project on Tuesday in Lokoja.

He said that INEC in moving forward towards peaceful conduct of the election, ought to open conversations with regard to its level of preparedness and build trusts to allay the fears of Nigerians of having free, fair, credible and acceptable elections come 2023.

“Our appeal to INEC is that they should build trust as we are going forward with open policy and have open conversations with regard to their preparedness and assurances that votes would count.

“This will help assuage the usual negative feelings, apathy and fears that votes will not count and elections will not be fair and free”, he said.

The Executive Director of LYDEI, said implementing the Light Up Youth Democracy Project was aimed at mobilising young people to participate actively and play their civic roles in the forthcoming 2023 General elections.

He urged young people who have attained the age of 18 years to go and get their Permanent Voter Cards adding that awareness activities of the youth project would commence in earnest from January.

“As soon as we return from the Christmas break in January 2023, we will be mobilizing young people to go and get their permanent voter cards.

“And will also be having conversations to develop a committee charter of demands to identify priority needs of youths to be presented to candidates vying for various elective positions.

Also speaking, Mr Adama Dan Shaibu, INEC PRO in the state, told the youths that the Federal Government had put a lot of stringent measures in place to guarantee peaceful conduct and ensure that votes count.

He enjoined them to familiarize themselves with the provisions of the Electoral Act saying that getting a legal frame work for the operations of the Commission once posed a threat but it has scaled the hurdle saying that success was assured as necessary gadgets would be deployed.

Shaibu however noted that the electorate had a crucial role to play in working with INEC and security agencies to ensure peaceful and orderly conduct.

Mrs Rachael Akande, Executive Director, Participation Initiative for Behavioural Change in Development (PIBCID) implored the youths not to sell their conscience and indulge in violence and malpractices but should channel their energies to positive development.

The Light Up Youth Democracy Project is being implemented by LYDEI in collaboration with Nigerian Youth Future Fund alongside Leap Africa with support from Ford Foundation and MacArthur Foundation.