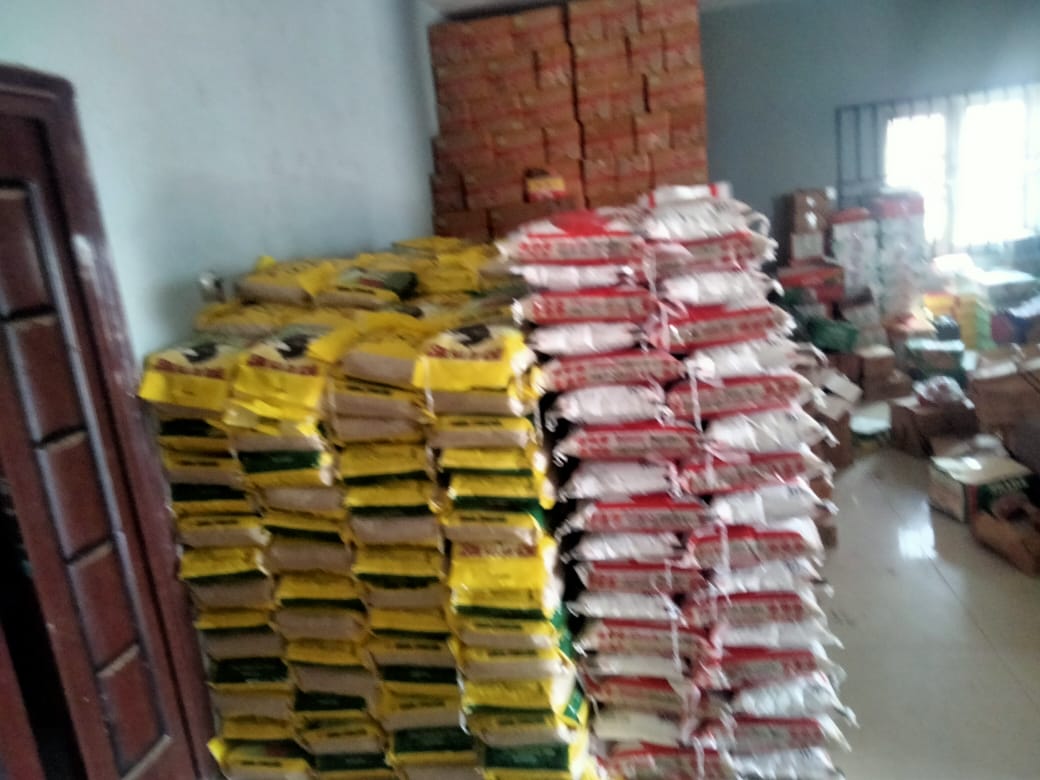 The Senator representing Ekiti Central senatorial district Michael Opeyemi Bamidele, has given out Christmas gifts to members of his Constituents ahead of the celebration.

In a statement issued by his media office, on Saturday, the Iyin-Ekiti born Politician charged the good people of Ekiti State to continue to spread the virtues of peace, love and charity for which purpose Jesus Christ came to the world.

Bamidele who is also chairman senate Committee on Judiciary, Human Rights and Legal Matters in the statement said, “As we celebrate this Christmas, the good people of Ekiti State should explore this season in spreading the virtues of peace, love and charity which is the purpose of Jesus Christ coming to the world and also pray for the peaceful conduct of the 2023 general elections.

“We must see politics as an opportunity to serve the people and not a ‘do or die’ affair. A peaceful electioneering process that is laced with integrity and fairness would most likely guarantee the emergence of credible and responsible leaders for the country via the 2023 general elections”.

On the 2023 election, Bamidele described the former Lagos State Governor, Asiwaju Bola Ahmed Tinubu, as the best man to take charge of the country, after President Muhammadu Buhari’s exit.

The federal lawmaker, described Tinubu as a resourceful and result-oriented leader, who has the capacity to take the country out of wood considering the way he built Lagos to become the third largest economies in Africa.

The Senator urged Christians across the country to pray fervently for the realization of Tinubu’s presidency in the next year’s poll, appealing that they should resist attempt being made by some politicians to demonize the same- faith ticket adopted by the All Progressives Congress.

Bamidele said the 2023 election would be a watershed in the history of electioneering in Nigeria, saying making a right choice in Tinubu remains a saving grace for Nigerians to prevent the country from being handed over to inexperienced, callow and weak willed leaders.

He said what Nigerians need after Buhari’s exit, is a President that can unite the nation, combat insecurity and bring economic prosperity, which he said Tinubu aptly represents.

The federal lawmaker urged the Christians not to be deceived from electing Tinubu by desperate and inordinate efforts being made to demonize him for adopting former Borno State Governor and a Muslim, Senator Kashim Shettima as his Vice Presidential candidate.

“The 2023 is one election that must be by reality and not by religious fanaticism or ethnic bond. Poverty and insecurity didn’t recognise all these factors. We need a thinker, resourceful and result-oriented leader to turn the country around and not someone that will bring us back to the abyss of corruption.

“Asiwaju has a rich leadership record and antecedents that Nigerians can rely upon. He is one leader that unites and build. He is a welfarist and not a pillager like others. I am confident that he can do the job well and make Nigeria proud as a nation.

“As you celebrate, I appeal to you to pray for the success of our dear governor , Hon. Biodun Oyebanji and his administration. With him being successful, all of us will have course to be joyous because we have expectations that needed to be met”.