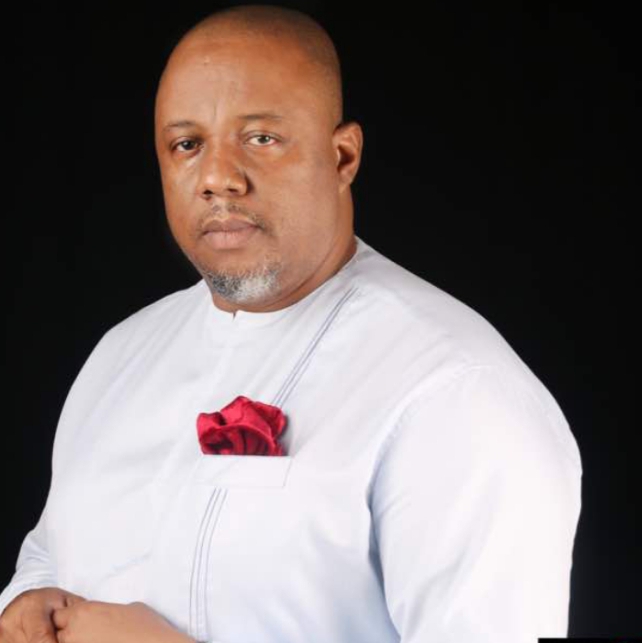 Following the sustained attacks on the Independent National Electoral Commission (INEC)’s facilities ahead of the February general election, the National Legal Adviser of Accord party (AP) Barrister Maxwell Mgbudem has charged the Department of State Services (DSS) to make surveillance on the Commission its priority while carrying out its security activities and strategies.

Speaking to journàlists in Abuja, Mgbudem, who said the interest of Nigerians today is how to ensure that the next month election is credible and free of violence, added that security agencies should work in synergy and share information among themselves, with a view to nipping any planned attacks on INEC offices in the bud.

“I’m calling on the security agencies to act because we know that the DSS gather intelligence and we know what is happening in the country, so, that is why we are calling on them (security agencies) to collaborate, they should synergise with one another so that these attacks on the INEC facilities will be nip in the bud.

“It is not a question of asking do we know who they are, but the most important thing is that at the end of the day, we have a very free, fair and credible election, and that is why we are standing firm with INEC and we are calling on the Federal Government to do the needful, because sincerely speaking, if they up their game, they would have been able to arrest the people that are perpetrating this evil”, he said.

Mgbudem, who expressed concern over the recent developments, with regards to attack on INEC offices, said it is like a cancer that is eating deep into the fabrics of the society, hence the need to rise up, including the Media.

“It is the duty of the media to help us to investigate and expose these people that are carrying out these evil acts against our democracy.
“It is not all about Accord or IPAC, it is not all about INEC, it is about our country and our democracy, because no matter what we do, we have to make sure that we have an institution that is so strong”, according to him.

Speaking further on the use of digital technology and other innovations in the election, Mgbudem, who is also the Deputy National chairman of Inter Party Advisory Council (IPAC), said the use of BIVAS and IReV in elections have come to stay, adding that it may be to frustrate the use of these technology in the February election that INEC leadership and its facilities have been inundated with series of coordinated attacks.

He said “This election and use of BIVAS and IReV has come to stay. As you can see, there is an apparent systematic and a coordinated attack on on INEC facilities and as a Council, we have unequivocally condemned those attacks and we are calling on the security agents to give INEC priority in protection of their facilities, INEC must be their priority in their activities.

“Whatever information they have, they should share, so that INEC facilities can be protected, otherwise, what we are talking about today about free, fair, credible, transparent and all inclusive election will be a mirage.
“So, I’m using this medium to call on them, especially as agents of the Federal Government, to make sure that Nigeria is safe and secured both now, during and after the elections.

“What is Paramount to us is to make sure that we get the February general election right. There are a lot of people that are working against the principles of free, fair and credible election ahead of February, but we are supporting INEC.
“We are passing a vote of confidence in INEC for what they have already done and we are letting the world know that we are with them because it is our aim, aspiration and desire to make sure that this forthcoming general election is credible, transparent, free, fair and all inclusive.”