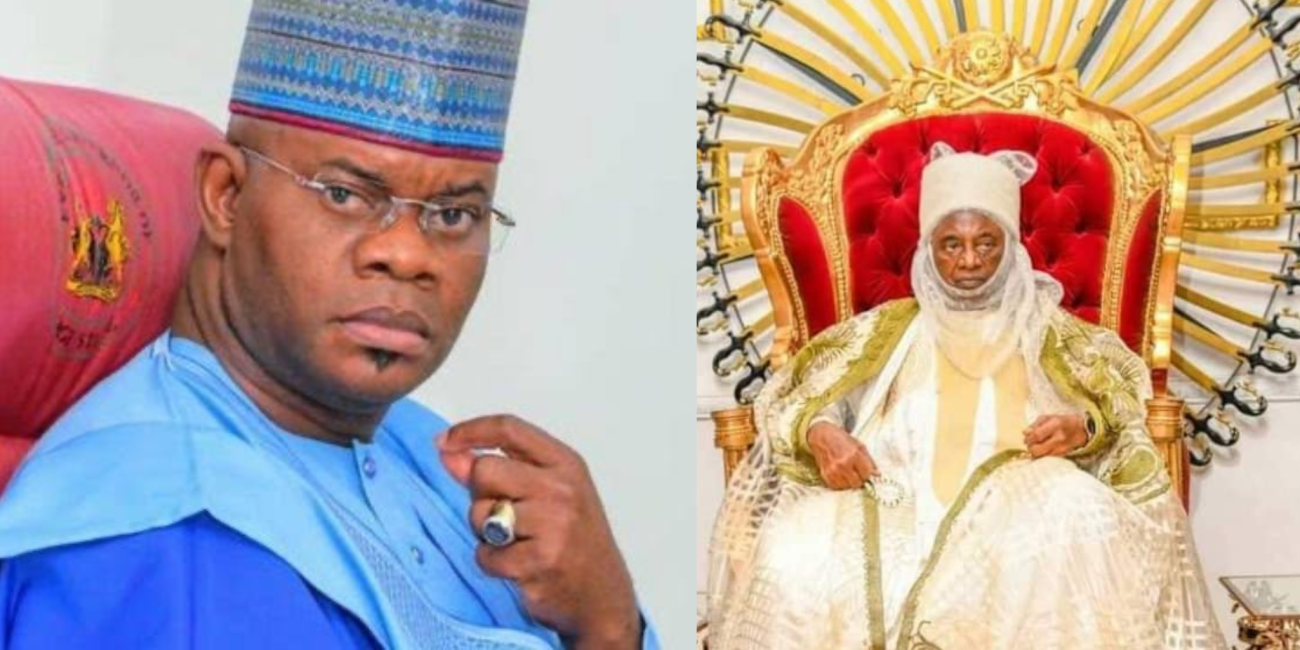 The Kogi State Government is not taking lightly an alleged insubordination by the Ohinoyi of Ebiraland, Dr Ado Ibrahim, who was accused of blatantly refusing to welcome President Muhammadu Buhari when he visited the state last weekThe state Government has gone ahead to issue a query to the revered Paramount king over what it described as insubordination.

Shortly before the arrival of the President at the venue of the event, a bomb explosion caused pandemonium at the palace of the Ohinoyi of Ebiraland, which claimed at least four persons’ lives while some others received various degrees of injuries.

The letter of query which was addressed to the king and was signed by the director of chieftaincy affairs, ministry of Local Government Enimola Eniola reads,

“It has been observed with serious concern that you have exhibited deliberate attitude and actions capable of bringing Kogi State and Ebira land in particular to grave disrepute. These actions are quite unbecoming of a revered Royal Father of your status.

“Specifically, you were aware through many fora of the glorious visit of Mr. President and Commander-in-Chief of Nigerian Armed Forces, His Excellency, President Muhammadu Buhari to Okene on 29th December, 2022 to commission land mark projects executed by our dear Governor, His Excellency, Alh. Yahaya Bello. In a flagrant disregard to the persons and high offices of the President and the Governor, you bluntly refused to come out and receive the President at the designated venue rightly approved by the Executive Governor of the State.

“It might interest you to note that official courtesy demands that when a personality of a President occupying the highest office in the land is visiting or even passing through the State, the Governor and top Public Officers including topmost Traditional Rulers are expected to receive him as a mark of respect for him and the Office he occupies. It is on record that in time past, Topmost Traditional Rulers, including the President, Kogi State Council of Chiefs do receive the Governor of the State on his return from critical missions undertaken on behalf of the State. But, you have chosen to disdain the office of the Executive Governor, and this time, you did it with effrontery before the number one citizen of Nigeria.

“This action of yours is an act of insubordination and disloyalty to the President and Commander-in-Chief of Nigerian Armed Forces, the Executive Governor of Kogi State and the entire Ebira nation as a whole. It portends grave danger to the Security of the State and laying bad precedence for Traditional Institution of the State.”

In the letter, the Ohinoyi of Ebiraland was ordered to forward a written explanation within 48 hours of why disciplinary action should not be taken against him for his actions described as insubordination and disloyalty.

“Oral explanations may be required from you when a panel is set up to study your case. It is expected that you will accord priority to the content of this letter, Your Royal Majesty,” the letter stated.