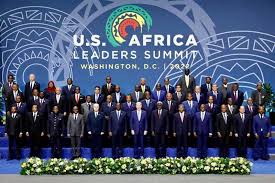 Participant countries at the United Nations Biodiversity conference, COP15, in Montreal, Canada have adopted a new Global Biodiversity Framework, guiding actions worldwide through 2030, to preserve and protect our natural resources.

190 countries at the United Nations Biodiversity conference, COP15, reached an agreement to protect 30 per cent of the world’s lands and oceans amidst ongoing efforts to protect and reverse declining biodiversity.

The Chinese Minister of Ecology and Environment, Huang Runqiu, who is leading the COP15 meeting disclosed this on Monday.

His announcement came shortly after a representative of the delegation from the Democratic Republic of Congo objected to the text, causing some African nations to protest at the manner in which the outcome was proclaimed.

The passing of the deal comes a day before the end of COP15 in Montreal, Canada, and over a decade ago after parties failed significantly to fulfil COP10’s ambitious targets agreed upon in 2010.

During COP10, governments agreed to strive for ambitious targets by 2020, including halving natural habitat loss, and implementing plans for sustainable consumption and production. But none of these targets were fully met, according to a 2020 UN report.

This year, the UN Biodiversity Conference, billed for 7-19 December, is where negotiators will set new targets and goals aimed at arresting the destruction of nature, due to human activity.

COP15 is expected to lead to the adoption of a new Global Biodiversity Framework, guiding actions worldwide through 2030, to preserve and protect our natural resources.

Heralded as a sweeping deal to protect biodiversity loss, the most significant part of the agreement is the commitment to protect 30 per cent of land and water considered important for biodiversity before the end of the decade.

Meanwhile, scientists have posited that only 17 per cent of terrestrial and 10 per cent aquatic areas (marine) are protected currently.

The agreement envisages putting $200 billion toward supporting biodiversity by 2030, with another $500 billion to be possibly raised by phasing out or reforming subsidies, such as those for food or fuel.

The COP15 deal also calls for giving low-income countries far more than is currently provided for their efforts to protect nature. This amount is envisaged to reach at least $20 billion annually by 2025 and might subsequently increase to $30 billion by 2030.

Negotiators also agreed to manage the remaining 70 per cent of the planet to prevent losing areas of high importance to biodiversity and to ensure that big businesses disclose biodiversity risks and impacts from their operations.

Commenting on the deal, Brian O’Donnell, Campaign for Nature Director, a coalition of conservation groups, described the agreement as “ a huge moment for nature” .

“This is a scale of conservation that we haven’t seen ever attempted before,” the director was quoted to have said.

Similarly, Joseph Onoja, a biologist who directs the Nigerian Conservation Foundation, noted that the former colonial powers had grown rich by exploiting natural resources all over the world.

“They came around and plundered our resources to develop themselves,” he said.

He added that developing countries are trying to use natural resources for their own growth, they’re being told they must preserve them in the name of global conservation.

Mr Onoja said he believes in protecting nature but wants industrialised countries to be held accountable for past actions.

Ukraine liberates 40% of territory occupied by Russia since Feb 2022: official

FDA to allow the sale of abortion pills by US pharmacies