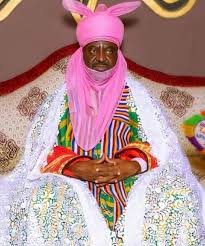 Giant strides made by man are usually relieved with pomp and pageantry, while some roll out the milestone amidst glass clinging, some play the breakthroughs low but all in praises and in anticipation of better future. In this momentous instance, the success story always overshadows the nauseating hurdles and barricades accompanying such feats. Naturally some people excel in various ways of life, they standout in anything they venture into, they are shining light, they shape their environment and their world.
Such individuals of unique poise are celebrated everywhere, which propels them to reach their peak, thereby, serving as an impetus to the younger generation. How else can one describe the Emir of Kano, Alhaji Aminu Ado Bayero CFR, as he bagged the award of Forbes Best of Africa Outstanding Traditional Ruler of 2022. The award, according to Forbes, goes to a ruler who puts the interest of his people first and ruling with grace and dignity.
His highness, Alhaji Aminu Ado Bayero, the 15th Emir of Kano is a rare full blue-bloodied royal from both his paternal and maternal sides, he is an epitome of royalty and personification of history. He is the son of late Emir of Kano, Alhaji Ado Bayero CFR, his late mother, Hajiya Maryam was the daughter of the eighth Emir of Ilorin, Mallam Abdulkadir.
After completing his primary and secondary education, His Highness proceeded to Bayero University, Kano in 1984 where he graduated with a Bachelors degree in Mass Communication and Political Science. He was brought into the traditional leadership structure with his appointment as the Dan Majen Kano in 1990 and District Head Dala, he was as later promoted with the title of Turakin Kano in 1992 then to Sarkin Dawakin Tsakar Gida and to Wamban Kano in 2014. O n 9th May 2019, His Highness was appointed the first Emir of Bichi as a result of creation of four additional emirates in Kano State. On the 9th of March 2020 His Highness was appointed the 15th Fulani Emir of Kano and Chairman of the Kano State Council of Emirs.
The federal government appointed him as the Chancellor of the University of Calabar, Cross Rivers State in February 2022, he was also appointed the Chancellor of a private university, Al-Istiqama University, Sumaila,Kano in rcognition of his dedication and commitment to the cause of humanity. In February last year His Excellency, Macky Sall conferred on His Highness, the Senegalese highest national honour.
In any civilized nation, one of the major innovations for entrenching good governance, socio-politcal right and accountability to the citizens is the media. It serves as the pivot to uplifting people-driven leadership. In simpler sense, the role the media plays in the building of a society can never be relegated to the background because information is power and information shared is empowerment. It is through the media that we can get comprehensive information about happenings in the world.
In his acceptance speech, His Highness thank the forbes magazine and foreign investment network for the honour done to him which he said he was receiving on behalf of the good people of Kano State. He stated that Kano emirate had been in existence for more than a century and has developed a rich culture and economy sgtrivistrivingition itself in all facets of human development. Emir Bayero used the opportunity to extend an open invitation to all to visit Kano and experience it richits lture, tradition and hospitality.
For his monumental and unprecedented achievement, His Highness Alhaji Aminu Ado Bayero has been harvesting awards, laurels and recognitions titles, across the length and breadth of the African continent since ascending the throne of his fore bearers. The latest coming from Forbes Africa as Outstanding Traditional Ruler in Africa .He w. recently conferred with a national honour by President Muhammadu Buhari as “Commander of the Federal Republic” (CFR ) and welass the highest national honour bestowed on him by President Sacky of Seneral among several others .
Fobes Best of Africa Award ave srhas stressed tthat good information management requires the media to cherish motivational information in stages with periodic progress report and highlight of positive developments, positive attitude which can be discovered by taking a good reading of traditional climateand atmosphere.
He is the people’s emir because of his deep seated a justice, fairness in all his dealings with people and the council. At the moment when you speak of Kano Emirate the first thing that comes to mind is Alhaji Aminu Ado Bayero the simple, friendly, elegant and modern emir who has shown character and valour in bring development to the emirate amidst challenges .
The life of Emir Aminu Ado Bayero is replete with the manifestation of his pre-destination to ascend the exalted throne of his forefathers. Experience has undoubtedly shown that leader of proven integrity and high repute were immortalized after demise to serve as beacon of hope and as a reliable source emulation of others, attested by many marvelous, historical epochs.
By any benchmark one deploys to assess him, and in whatever clime in our firmament of the planet earth, His Highness Alhaji Aminu Ado Bayero, is a stunning success, a unique gift to Kano at this its critical moment in history and he deserve to be celebrated by all and sundry within the Nigerian geography as he received accolades upon accolades.