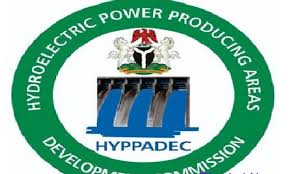 Managing Director of the Hydro Electric Power Producing Areas Development Commission (HYPPADEC) Abubakar Sadiq Yelwa, has called on staff from the six HYPPADEC states in the country to comply with the Federal Government’s rule and regulation on assets declaration.

Yelwa (Katukan Yauri) made the while declaring open, a two-day workshop on “Strict Compliance With Asset Declaration and Code of Conduct for staff of the Commission organised in collaboration with Code of Conduct Bureau (CCB) on Monday in Lokoja.

Yelwa stated that, the Commission was committed to Assets Declaration with a view to aiding the Federal Government in tracking the assets and liabilities of its staff vis-a-vis their income.

The Managing Director whose speech was read by Alhaji Bala Mohammed, Assistant Director (Accounts), in the Commission said the training also aimed to mitigate unethical conducts including corruption, money laundering and fraud.

He held that the training would sensitize the staff on the need to declare their assets as at when due and as well, sensitise them on the provisions of the Code of Conduct to prepare them for high ethical standards in the discharge of their duties.

According to him, the Federal Government, under President Muhammadu Buhari’s leadership, is unprecedentedly committed to fighting corruption and improving accountability in the Nigerian civil and public service.

“Let me use this opportunity to quickly unravel a false impression that assets declaration is limited to only top-tier public officers. Transparency and accountability are the life-support of democracy.

”As a result, the 1999 constitution (as amended) stipulates that all persons on the payroll of the Federal, State and Local Government, from the President to the lowest ranking personnel in a local government office, should declare their assets and that of their spouse(s) who are not in civil and public service and their children under 18 years age.

“Public officers are expected to declare their assets immediately after taking office and thereafter at the end of every four years. They are equally required to do so at the end of term in office.

“It is the mandate of HYPPADEC to conceive, plan and implement projects and programmes to prevent and tame ecological and environmental hazards and to ensure development in Nigeria’s power producing areas.

“This cannot be achieved without an honest, committed and ethically upright workforce.

“Apart from assets declaration, therefore, the facilitators of this workshop would coach you on how to link the Commission’s mission, values and principles with standards of professional conduct”, he said.

Earlier in her opening remarks, Engr (Mrs) Joan Ogwuche, Kogi State Coordinator of HYPPADEC, commended the initiative of the management of the Commission in organising the training to enable the staff bring out the best in their conduct as civil servants.

Ogwuche reiterated the need for the staff, many of whom were newly employed civil servants to be transparent, diligent and ensure better service delivery.

The facilitator of the training Koyonda Edward, Assistant Director, Education and Advisory Service, Code of Conduct Bureau, said the organization was mandated, in line with the constitution, to prevent corruption at all levels.

“Once you are well equipped and you know the rules of the organisation, you will not fall into corruption and that is why we say that the Bureau is more concerned about preventing corruption”, he said.

The workshop is simultaneously taking place in the six HYPPADEC states in Nigeria including Kebbi, Plateau, Niger, Benue, Kwara and Kogi States. (Ends)