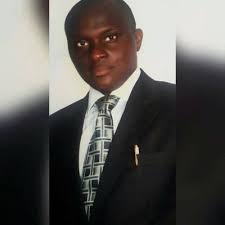 Former Special Assistant to late Dr. Chuba Okadigbo, while he was President of the Senate, Dr. James Okoroma has declared for the impending Imo State Governorship election scheduled for November, 2023 on the Platform of the Labour Party (LP).

Addressing a crowd of Supporters and Party members in his Amuzi/Ihenweorie Ward, Ahiazu Mbaise Local Government of Imo State, Okoroma pleaded with the people to vote Mr. Peter Obi for President first and himself for Governor in the subsequent Imo Gubernatorial election.

Okoroma who also worked with former Deputy Governor of old Ondo State, late Chief Akin Omoboriowo promised to re-define governance in Imo State by running a Government which he said would be an off-shoot of the Government of late Chief Sam Mbakwe. He stated that he would combine the Vision of Mbakwe with the humility of Chief Achike Udenwa who ruled Imo between 1999 and 2007 to re-position the State.
He decried what he called” the death of Local Government Administration in Imo State” which he said had denied the people the benefits of the tier of government that should be closest to them.
He further said that he would re-build the State’s collapsed Healthcare System and provide infrastructure to re-jig the economy. This, he added, would motivate the Private sector to play leading roles in the growth of the economy of the State.

The Seasoned Journalist warned that the level of insecurity in the State would retard its development as”no investor would throw his money into a War front or Crisis – ridden Zone”.
Okoroma vowed to create jobs for the Youth and women and secure the State.
He maintained that all the Forces contending for power ought to agree on certain matters for peace to reign, warning that Government would always need both State and non-State Actors to be effective.
Okoroma who also worked with Senator Ifeanyi Araraume said he had served many masters and was in the best position to provide effective leadership to the State.

He said that as a former University lecturer and Scholar, he would formulate an Educational System that would would bring the”Gown and the Town” together for economic development.