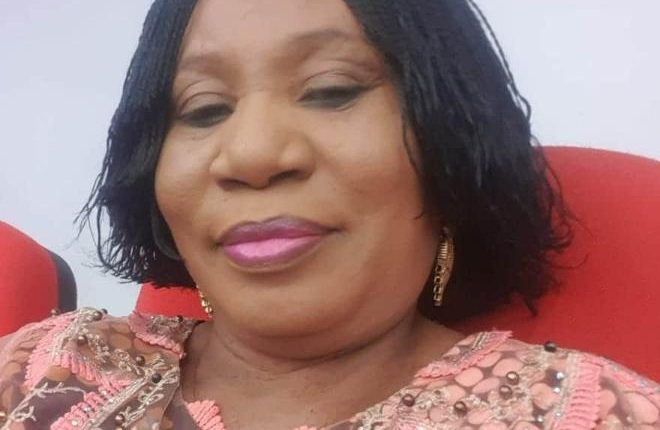 **Says she misinformed the public with fake news

The campaign organization had further alleged that the directive is a political strategy by the APC-led government to deprive beneficiaries of her five-million naira WAEC grants in the region.
In a swift reaction, the Executive Chairman, Kogi State Science, Technical Education and Teaching Service Commission, Hon. Mrs. Cecilia Cook in a statement issued on Wednesday said they wouldn’t have condescended as low as to reply the Senatorial candidate adding that “but for the interest of innocent Nigerians, particularly, residents of Kogi and the Central Senatorial District, we will like to set the record straight”.

“Kogi state Government through my office has never stopped anyone from paying WAEC and NECO fees including JAMB.

“He was not stopped because the present administration believes that carrying the responsibility of the education sector will be too much on the government, hence several calls for individuals to assist where necessary and the introduction of the School Adoption and Mentorship Programme.

“Apart from Hon. Abejide, some well-to-do persons in the State including the Auditor General for Local Government, Alh. Usman Ododo and Political Office holders as well as Alumni Associations of Secondary Schools have been offsetting WAEC and NECO fees for many students and Government has not stopped anyone from doing so.

“Alhaji. Ododo particularly donated 11,000 Chemistry and Physics Textbooks worth millions of Naira to all Secondary Schools in the State.

“It is important to state that offsetting these fees is a good way of reducing the effect of the nation’s economy on our people as the State Government is appreciative of this effort.

“In fact, funding education world over is a collective responsibility and it comes in different ways.

“From the foregoing, we see the claim by Natasha as a calculated attempt to score cheap political popularity at the expense of the future of our Students. This no doubt is desperation taken too far.

“The memo that my office issued to Zonal Directors and Principals of Public and Grant Aided Schools is for them to obtain clearance from the Commission for any internal or external programme. How does that translate to the off-point issue being raised here?

“This is because, we observe with dissatisfaction that some schools even travel outside the state without permission hence, putting the state under serious embarrassment when any unfortunate thing happens.

“For any right-thinking Nigerian, in view of the security challenges, travelling without permission with people’s children without permission from the Commission that regulates activities of Secondary School education is not appropriate. In fact, in the Civil Service Rule, Staff who intend to travel outside the State no matter the importance attached to the trip are expected to take permission.

“This intent of the Commission was taken in the best interest of the Staff in case of Kidnapping or Accident which nobody prays for.

“We are amazed that Natasha could twist this memo to get political popularity. This is unfortunate and misleading for a personality that is seeking Public Office.