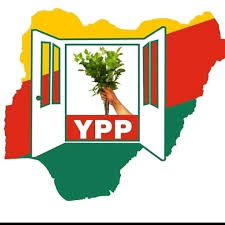 This was contained in a statement he personally signed and was made available to newsmen in Abuja on Sunday.

He alleged that the YPP has received credible intelligence that Governor Udom Emmanuel–led administration through agents of the state and his party, the Peoples Democratic Party (PDP), have engaged in buying of Permanent Voters Cards (PVCs) from unsuspecting members of the public across the 31 Local Government Areas.

“They are also obtaining at least 50 VIN numbers from voters across all the 4,354 polling units in Akwa Ibom State. These emerging sharp practices reportedly go on through heavy financial inducement of the largely poor people who have been impoverished by the administration since 2015.

The YPP chairman allegwdd that some Local Government Offices of the Independent National Electoral Commission (INEC) have been relocated to apartments of the State Government on the guise of renovations.

“This started soon after the collections of PVCs were announced by INEC. More worrisome also is that across the local government areas, PDP buses are seen ferrying INEC’s officials for the distribution of PVCs. What does this portend? Is this not an open statement of collusion between PDP and INEC?

“We are also reliably informed that state government’s ICT experts hobnob with some officials of the State INEC at Monty Suits at Nsikak Eduok Way owned by the Commissioner for Youths and Sports, Rt. Hon. Monday Uko and Signature By Royalty Hotels, Ewet Housing Estate, Uyo, owned by the PDP’s Gubernatorial Candidate, Pastor Umo Bassey Eno.

“Is the state administration now part of INEC? We therefore seek urgent explanation from the State Resident Electoral Commissioner of INEC over these unpalatable developments and call on the Police and the Department of State Services (DSS) to carry out detailed investigations and bring offenders to book.

“The Young Progressives Party emphatically call for total compliance to transparency on the processes preceding the conduct of polls to ensure that nobody or any institutions, including the Udom Emmanuel–led administration, are allowed to circumvent, or disenfranchise the electorate.”

According to the statement, Election can only be seen to be successful and acceptable only when it is free, fair and transparent; before, during and after the polls.

He avered that the renewed hope of Nigerians is on the constant assurances given by the INEC Chairman, Professor Mahmood Yakubu that the forthcoming elections will be free and fair adding that with the services of Bimodal Voter Registration Systems (BVAS), there will be no manipulation.

“While we may not want to doubt his assurances, the ongoing development of open connivance of some officials of INEC with agents of Akwa Ibom State government has given us cause to be suspicious.

“Why is the state government through its agents procuring PVCs and Vin Numbers? What is the partnership between government’s ICT agents and some INEC’s ICT staffers in the hotels of PDP’s gubernatorial candidate and party chieftain?

“The electorate in Akwa Ibom State want satisfactory answers to these worrisome and undemocratic trends which are capable of not only causing mayhem in the state but circumventing our electoral processes.

He called for appropriate searchlights to be beamed on Akwa Ibom by the Department of State Services (DSS), the Nigeria Police Force, Directorate of Military Intelligence (DMI) and other security agencies of the Federal Government and the international community to forestall possible breakdown of law and order based on the unfolding evil desperation by agents of state government.

“The Independent National Electoral Commission (INEC) and security agencies have the power to reprimand the state administration from assuming unilateral powers in the state to decide for the people who to govern them.

“Such open desperation completely offends our electoral laws and should attract appropriate sanctions. The law is not a respecter of persons. Ours cannot be an exception. Those plotting evil against smooth electoral system in the forthcoming elections should be sanctioned. “

“We wish to recall that before the end of last year – 2022, we also alerted the public, following credible intelligence, of planned crackdown on YPP’s officials and others within our various campaign structures by agents of the state government. But by the grace of God, their evil schemes were averted. However, we cannot still sleep with our two eyes closed.

The YPP chairman also querried the political profligacy embarked upon by the Governor of Akwa Ibom State whereby N91, 334b from public funds to Pay PDP stalwarts

“Again, is it not shocking that a State that has been feigning lack of funds to pay gratuities to next of kin of late Primary Schools’ teachers and retired public servants will suddenly earmark N91,334 billion from public funds to pay PDP stalwarts?

“Is this the way to utilize the proceeds of the 13 % Derivation Refunds and other accruals from the Federal Government and other sundry sources – for which the citizens have been demanding accountability? “Throughout the state, there are several uncompleted road works and other abandoned infrastructures in need of funding, yet the administration has ignored. We therefore urged him to rather use the funds to invest in positive development and not for political profligacy.

“The Umo Eno’s succession bid is unacceptable as Akwa Ibom people have boldly stated since January 2022 when he was unveiled. Politics is not a do or die affair.

He said, the YPP has become the fastest growing party in Akwa Ibom State with unparalleled massive acceptability has given nightmares to the state administration.

“The Thursday, December 29, 2022, episode wherein the great people of Akwa Ibom State gave Senator Bassey Albert Akpan (OBA), CON, unprecedented reception upon his release from Ikot Ekpene Correctional Centre, was quite evidential that he is the one they want as their Governor, come May 29, 2023.

“As was openly seen, men, women, youths and children, came out in great numbers to the Custodial Centre on that fateful day while others lined the routes to Uyo, with many others gathering at the Senator Bassey Albert Multi-Purpose Recreational Centre, Ifa Ikot Akpan, along Airport Way, to give him a heroic welcome following the granting of bail by the Federal High Court in Port Harcourt, Rivers State.

“The massive reception also demonstrated people’s disapproval of the unjust and politically motivated conviction by the Justice Agatha Okeke’s Federal High Court in Uyo on December 1, 2022 over unsustainable sundry charges by the Economic and Financial Crime Commission (EFCC).

“We make bold to reiterate that it is absolutely the rights of the people of Akwa Ibom State to decide who to back in an election and not the state determining (for us) our choices. “Perhaps, we can state for the umpteenth time that Senator Bassey Albert Akpan contesting the forthcoming election through the infinite power of God who is him to establish Himself decidedly at the polls. Let no man therefore think he can overturn the will of God.

“As a party, we are not resting on our oars. As the year ended, we successfully carried out our ward-to-ward campaigns in 30 Local Government Areas and we will soon commence the second phase. Our acceptability across Akwa Ibom State is exceedingly phenomenal.

“As you all know, we fielded well certified candidates who have been tested and trusted in their previous and current positions of responsibilities. More so, our candidates, in line with the manifesto and guiding principle of our party, are armed with lofty programmes to bring about positive impacts in the state once elected.

“We cannot be canvassing for votes legitimately from the people, while Governor Udom Emmanuel led – administration is rather plotting to manipulate the elections.

“We call on the administration to concentrate on providing good governance for the period left it in power rather than chasing an illusory third term through the imposition of Pastor Umoh Eno.

We can recall the Governor’s famous statement made on August 24, 2020, which was widely published as follows: “I’m not like other former Governors. I’ll never go for a third term through surrogacy.

“I’m not interested on who succeeds me as the next Governor of Akwa Ibom State. When my tenure comes to an end, I’ll leave the Government House with just my Laptop.”

“Let the governor keep to his words and not capitulate for whatever reason. It will be dishonourable to do otherwise. He has the moral burden to keep to his words. Who will govern Akwa Ibom State is the sole right of the people and that is what is expected on Saturday, March 11, 2023.