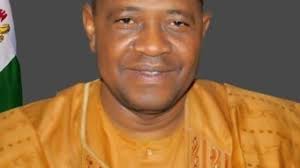 Addressing the retirees and newsmen on Tuesday at the Pension House Dutse, the Executive Secretary of the board, Alhaji Kamilu Aliyu Musa said N333,537.3 Million was paid to 136 beneficiaries who retired from the state service.
He said 125 retirees from the local government council had benefited from N176,543.7 Million. While 213 retirees from the LGEA were paid N543,795.7 respectively.
The secretary indicated that among the 474 retirees who received their monthly benefits including the retirement benefit and death benefit.
Stressing that the death pension balance and the refund of 8 percent contributions were among those paid on Tuesday.
Others who equally received their payment were those under bed the “refund of under payment as well as 40 percent pension increase” among others.

He said the present government under Governor Mohammed Badaru Abubakar will continue with the good work till the end of his tenure.