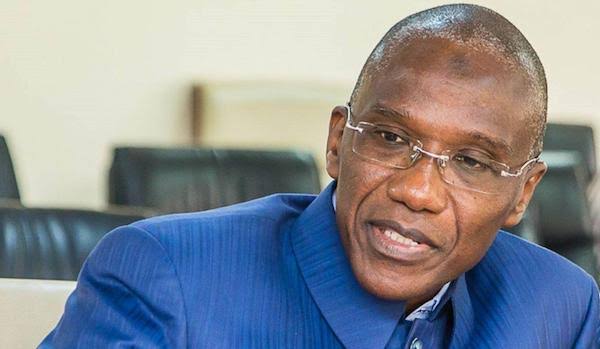 The Managing Director of Assets Management Company of Nigeria, Mr Ahmed Kuru is cooling his heels at the Economic and Financial Crimes Commission (EFCC) custody following his arrest.
It was gathered that the anti-graft agency apprehended him on Wednesday based on allegations of
diversion and sales of seized assets to cronies at below value prices by businessmen accused of loan default with banks.

The arrest is sequel to last minute arrangements by the AMCON to release list of Bank loan defaulters which the debtors have been put on notice severally.

But some Bank defaulters were said to have petitioned the Economic and Financial Crimes Commission accusing AMCON boss of selling their assets to his cronies at below value as well as diverting assets to himself.
One of the assets, the source disclosed, belongs to Atlantic worth billions of naira after it was seized by AMCON over loan default with Skye Bank.

The Atlantic went to Court over its
properties in collateral and while the case was still pending, the AMCON Managing Director went ahead to sell the said properties.