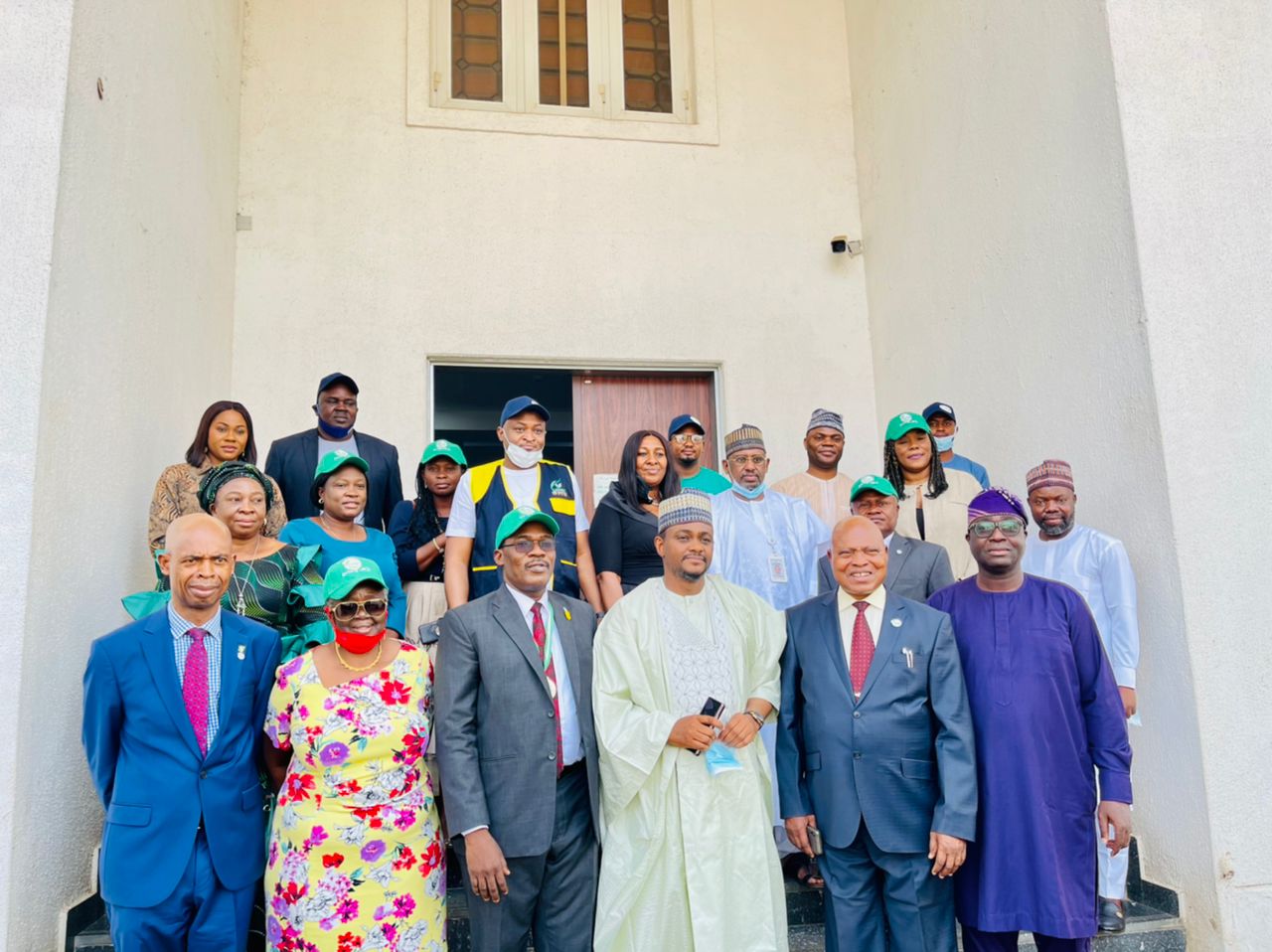 The Chattered Institute of Taxation of Nigeria (CITN) has commended the Federal Capital Territory Internal Revenue Service (FCT-IRS) over revenue generated in 2021.

The President of the Institute, Mr Adesina Adedayo gave the commendation when he led a team of tax experts consisting of two former presidents of the institute, executives and members on a courtesy visit to the Acting Executive Chairman of FCT-IRS, Mr Haruna Abdullahi on Friday.

Head, Corporate Communications
FCT-IRS Mustapha Sumaila in a statement issued on Sunday said the visit is to formally inform and seek for support of the Service on the forthcoming 40th anniversary of the institute.

He also said the visit is to formally inform the service of the 24th annual Tax Conference scheduled to take place in Abuja and Lagos, on 1st and 5th February, 2022.

Adedayo who expressed joy on the achievement recorded by FCT-IRS said it was commendable that the Service surpassed its target of N109Bn by 108 per cent as at the end of November 2021, which according to him, is a laudable feat to attain in spite of the COVID-19 and economic challenges posed on business and revenue generation in the country.

The President whose visit coincided with the last day of a four day week long Tax Drive activities organised by FCT-IRS to create awareness, applauded the strategic approach deployed by the Service for the sensitisation campaign with a road show, as an enlightenment strategy meant to awaken and increase the tax paying culture from both individuals and organizations.

Adedayo also stated that he would be looking forward to more collaboration with FCT-IRS in fostering a better working relationship.
He said he would put in place a joint technical committee for the purpose of advancing the revenue performance of the FCT-IRS through peer review and strategy session as well as consultative briefings.
In his remark, former President of the Institute and also the former Executive Chairman of Federal Inland Revenue Service, Dr. JK Naiyeju also commended the leadership of the FCT-IRS for providing a conducive environment for the tax payers adding that such environment would excite those coming around to pay their taxes.

“I was excited when I came in to the premises because of how beautiful and well organised it is. Every taxpayer that walks into this building will be happy to have business with FCT-IRS”

Responding, the Acting Executive Chairman, FCT-IRS, Mr. Haruna Abullahi reiterated the service’ commitment in partnering with CITN and other relevant organisations to empower the personnel for effective service delivery.

Abdullahi added that he would always welcome any form of partnership that would help to build the capacity of his staff with a view to attain improved performance in the Service.

According to him, FCT-IRS gives much priority to training and he always be willing and welcome any organisation, institute or individual that will collaborate in building the skills and capacities of his personnel.

On the institute’s 40th anniversary and Tax Conference, Abdullahi pledged to give necessary support and also mobilise the staff of the Service to participate in the historical events.

He expressed happiness over the visit of the CITN delegation led by its president, saying that FCT-IRS has been in partnership with the institute and would continue to work to sustain such collaboration for the betterment of FCT and the country in general.

Meanwhile, the Acting Executive Chairman described Naiyeju as a mentor, teacher and expert as far as the field of taxation is concerned pointing out that being part of the delegation was a big motivation for him and indeed the Service.