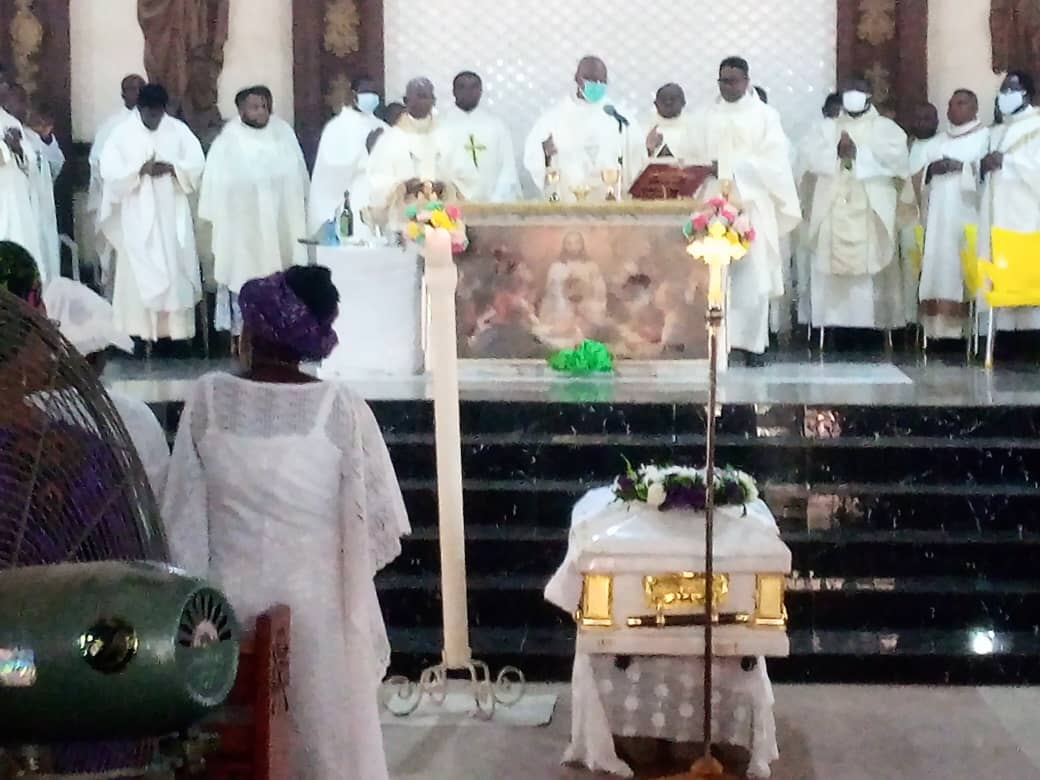 Nwakpuda noted that late Fidel Egwuche has completed his earthly sojourn but would only be remembered by his legacies towards the work of God and the lives he might have impacted in the society.

He enjoined Christian Faithfuls to be spiritually guided towards putting their paths straight because every mortal would surely give account of themselves before God on the last day.

In his remarks, the Auxiliary Bishop of Abuja Catholic Diocese, Most Rev. Anselm Umoren MSP, who led the Bishop of Lokoja Catholic Diocese and 52 other Reverend Fathers to the funeral Mass acknowledged that late Fidel Egwuche lived a fulfilled life worthy of emulation.

The Bishop and the 52 Rev. Fathers were in Lokoja Kogi state capital in solidarity with their colleague, Rev. Stephen Attah Egwuche the biological on of the deceased.
Umorem stressed the need for every living souls to always have the fear of God in their daily activities in order to straighten their paths to the kingdom of God.

Receiving the remains of late Fidel Egwuche at Onyedega, the headquarters of Ibaji local government, the Ejeh and Chairman Ibaji area traditional council of chiefs, Chief John Egwuemi described late Egwuche as an ICON who always bulldoze his way to bring smile to the faces of citizenry.

Chief Egwuemi appreciated the legacy of late Fidel Egwuche especially his contribution towards the socio-economic development of Ibaji and Kogi state at large.

The Chairman who commended the central planning committee headed by chief (Dr) Jonathan Okpanachi
for their tireless efforts towards the successful burial programme donated the sum of #150,000 on behalf of the local government to the deceased family.

Before his demise, late Fidel was a NAN correspondent, News Editor and later Deputy Editor Sunday Voice Newspapers in Benue state. Editor and GM Graphic Newspaper after the creation of Kogi state in 1991.