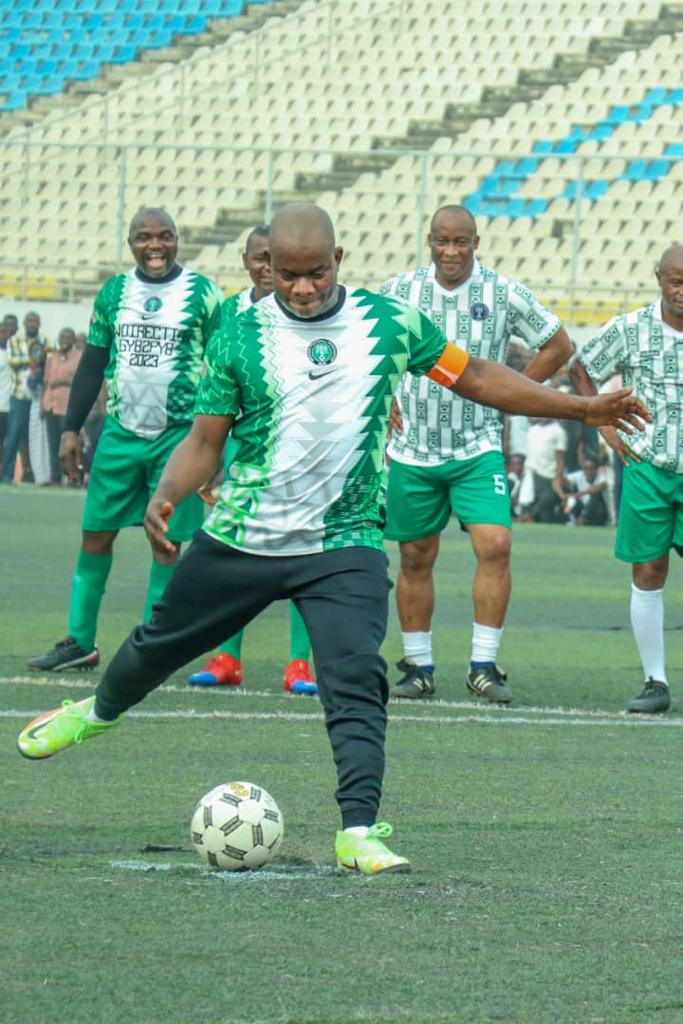 Governor, Yahaya Bello of Kogi State has applauded the Super Eagles of Nigeria for a spectacular start at the ongoing 33rd Africa Cup of Nations (AFCON) in Cameroon defeating a formidable opponent, the Pharos of Egypt 1-0, in their group stage encounter.
Chief Press Secretary to the Governor
Onogwu Nuhammed in a statement quoted the Governor to have described the victory of Eagles over Pharos of Egypt as sweet victory as he charged them to put their eyes on the ultimate victory which is lifting the trophy.
The Governor expressed a strong believe like millions of soccer enthusiasts in Nigeria that the spectacular outing in Garoua, Cameroon is a preview of what to expect from the committed and patriotic team as they lock horns with other opponents in the tournament.

Bello charged the Augustine Eguavoen-led team and the technical staff to keep their eyes on the ball, remain good examples on and off the pitch and give the diehard fans and all Nigerians more exhilarating moments to celebrate.

While praising the general performance of the team and the technical crew, Bello specially commended the Super Eagles Defence for its solidity that remained impenetrable for the Egyptian strikers throughout the game.