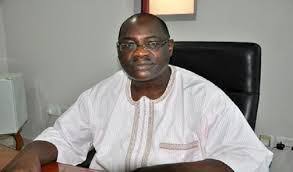 Renowned journalist and respected columnist, Mahmud Jega deviated from the norm in his write up titled, “In Zamfara, everyone is a bandit sponsor?” which appeared in a very promising online newspaper, 21st Century Chronicle recently.

In the article which was no doubt a veiled reply to the recent briefing by the All Progressives Congress (APC) in Zamfara State, the veteran journalist stepped down from the high pedestal his many years of handiwork placed him when he opted to take sides in the political imbroglio in the sate.

The press conference was a reaction to an earlier one organised by the Peoples Democratic Party (PDP) where it blamed Governor Bello Mohammed Matawalle for the spate of havoc caused by bandits and asked the governor to resign his position in order “to save the state from collapse”.

The PDP through the press conference which was anchored by the sacked former Executive Chairman of the state’s Zakkat and Endowment Board, Prof Kabiru Jabaka also accused Matawalle of traveling to Niger Republic to “watch wrestling competition while the state was burning on daily basis without concern”, while also lamenting the state of education with the closure of schools. Jabaka in the same breathe, acknowledged the importance of collaboration with the government of Niger Republic in stemming the tide of banditry in the state but said the timing of Matawlle’s visit to the neighbouring country was wrong.

Beyond this, there were number of times when Barrister Mahdi Gusau had called out Matawalle and the ruling APC for attacks over activities of bandits in the state since the governor changed party in 2021.

However, it is surprising that Mahmud who, by his calling, and standing in the society, elected to choose sides in the altercations between two political parties instead of doing justice to the issues on ground.

In his piece dated January 13, 2022, he said he was shocked to see the video clip in which Yusuf Idris Gusau, Publicity Secretary of Zamfara State (APC), Matawalle faction, alleged that retired General Aliyu Mohammed Gusau shared interest with bandits in the state. “An Army General, former Chief of Army Staff, three-time National Security Adviser and one-time Defence Minister, being in cahoots with bandits? He had queried.

Why should Mahmud be surprised by the mention that a retired Army General could have links with bandits? Why does it sound that in the eyes of our veteran, General Gusau and other such high ranks can do no wrong? All the times since the Boko Haram insurgency took us by storm and the consequent military deployment, first in Borno State and other parts of the Northeast following the spread of its activities, newspapers and television as well as other media are repellent with stories of how top military officers soiled their hands in elaborate compromises that dragged the war against it through decades.

Generals and top military officers, serving and retired have become millionaires over night, while the Northeast and indeed the entire country bleeds. I’m sure our erudite columist must have scripted a piece on the much celebrated arms deal, an arms procurement deal that resulted in the embezzlement of $2 billion through the office of a former National Security Adviser. Yet Mahmud believed that top military officers are saints and that the exalted office of the NSA is immuned to corruption.

In the Zamfara debacle, stories of how military officers aided bandits activities are common.

The most recent was the arrest of seven serving military officers for conniving with bandits and supplying logistics and weapons to them.

It is also surprising that Mahmud did not see anything wrong in General Gusau owning and operating gold mining sites and the fact that Gusau’s son, Mahdi Aliyu Gusau stood as surety and took 11 Chinese nationals who were involved in illegal mining on bail after their arrest by security operatives.

May be there is need to take our respected journalist on a little tour of the reality on ground to further educate him on his claimed knowledge of Zamfara.

Amid other very insightful reports, the Institute for Security Studies in June, 2020 detailed how collaboration between politically connected Nigerians and Chinese corporations in illegal gold mining drove rural banditry and violent local conflicts in some parts of Nigeria including Zamfara State.
In the report over 5, 000 people were said to have been killed in Zamfara alone within the period of five years. One can only guess how colossal the number of deaths within those years the banditry first made an inroad into the state and now could be.

“Illegal mining leads to violent local conflicts in two ways in the North West. First, those funding the mining fight over control of the mine fields. These ‘sponsors’ are protected by some state governments, and act as if they’re above the law,” the report said while quoting a source.

The report also pointed out that “those who sponsor illegal mining also fund banditry and cattle rustling in mining communities in order to incite violence among cattle breeders and rearers. It equally noted that Illegal miners often front for politically connected individuals who collaborate with foreign nationals and corporations to sell gold, adding that the mineral is routinely smuggled to Dubai through neighbouring Niger and Togo.

It said even governments led negotiations with the sponsors of illegal mining, it will always be under the conditions determined by the sponsors – showing the level of political connectedness and protection they enjoy. Still Mahmud didn’t notice the correlation between bandits and gold mines exploration in the state.

Now looking at the relationship between the Gusaus and the illegal miners of Chinese nationals, which Mahmud dismissed as not enough to link them to banditry. According to the ISS report “some political ‘godfathers’ put pressure on the government to free Chinese nationals arrested for illegal mining in Zamfara State. This lends credence to the existence of a powerful network of organised criminals involving local populations and foreign nationals in Nigeria’s mining and extractive sector.”Let’s even assume that the General has no link with what’s happening despite owning majority of mining sites in the state, what is the connection between his son, a sitting deputy governor of the state that he has to take the Chinese nationals on bail? Why had the general himself a former NSA remained mute over all the crises in the state until the time when the governor ordered for a shut down of GSM networks to distrupt communication between bandits and informants among other reasons.

These are the types of questions Mahmud, would have asked, also interrogated in his write up instead of totaly dismissing the issue with a wave of the hand as untrue.

He was also quick to link the controversy which the PDP leaders themselves initiated, to the “campaign to get Governor Bello Muhammed Matawalle to a second term in office next year,” adding that the move “is dirtier than anything the state ever witnessed.”.. So even if this is considered, does Jega who ‘knows Zamfara very well,’ mean to tell us, it’s dirtier than killing of the innocent or than the people who chose not to show concern on victims and the Jegas are using pen, just because of their personal relationship, to protect them.
How can anyone relate this with what has happened in the state within a couple of weeks? All the APC did so far in the controversy, was to counter whatever the PDP advanced through media interface, how does that amount to playing dirty politics as Mahmud wants the public to believe? To him, PDP is the victim here; he assumed PDP does no wrong even when the party went out of its way to manufacture figures of those who unfortunately lost their lives in the recent attacks in Anka and Bukkuyum local government areas contrary to the statistics provided by the emirs who superintendend over the places.

Mahmud also claimed that “General Gusau is apparently being targeted because his son, the Deputy Governor, refused to decamp from PDP to APC alongside the governor.” Really? How is the supposed refusal of Mahdi to follow Matawalle to APC an issue here? What’s Mahdi’s or even his father’s worth and antecedent politically that his decision to remain in PDP can affect Matawalle’s fortune?
His position that Senator Kabiru Marafa “nurses an open ambition to contest for governor again in 2023, hence the Matawalle camp’s coming at him with all guns blazing” is equally laughable. The public is aware that all the while Matawalle, despite many instances of provocative utterances including press statements against his person and administration by Marafa, has not deemed it pertinent to join issue with the senator. So how is Matawalle coming at Marafa “with all guns blazing?” This, l see here, as part of attempts by Jega having ‘known Zamfara’ to also heat up the polity while serving whatever force behind him.
As per Marafa nursing a governorship ambition, why should that bother Matawalle who is aware of the senator’s pedigree? It won’t be the first time Marafa would be vying for the state’s number one position but the most important thing in a race for such position, is the end result. What was the senator’s poll outcome the last time he contested for the governorship position and between then and now, what has really changed for him that will alter poll outcome in his favour in the next election?

The veteran was either misinformed or deliberately wants to brows in more misunderstanding when he brought in the names he mentioned and alleged that they were tagged as bandits sponsors because there was no time where Dauda Lawal Dare and Honourable Muttaqa Rini were ever accused of sponsoring banditry activities, thus Jega’s suggestion that such allegations should quickly be investigated by the security should also apply to him so that we know his source. Governor Matawalle had a hand in facilitating the rescue of the former Bank Chieftain’s younger brother Yusuf Lawal Dare from his abductors where the victim spent months in the evil hands of his captors making the Lawal Dare family to show public appreciation to the governor’s efforts.

What would have been expected from Jega’s piece at this critical time, is how to encourage the governments at all levels on how to bring lasting peace in their respective states and the nation in general.

Mahmud Jega has a high standing in the society especially the Northwest where he hails from, tilting towards a side in a feud by joining as an accuser could change such imposing stand. That’s why he needs to trend softly and ensure objectivity and fairness in all his dealings. A word is enough for the wise as the saying goes.