Of fake prophets, marabouts and end of year doom predictors 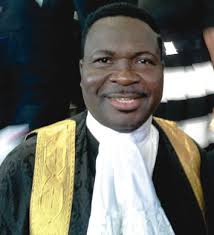 As the year comes to an end, Nigerians will soon be regaled, entertained and gripped with the theatricals and Baba Sala’s Alawada Kerikeri histrionics of many fake Prophets, Imams and marabouts that generously abound in the Nigerian religious space today. Nigerians may not be irreligious nor unreligious, afterall. But, many are superficially religious without actually being religious, holy or Christ-like. Many are gullible and easily susceptible to the beguiling wiles, shemes and false prophesies dished out yearly by so called men and women of God. Some await these doomsday prophesies with relish, eclat and bated animation. Some do with fear, anxiety and suspense. Once in a while, some prophesies appear to come true. Afterall a Minister that dies after a prophet globally ‘profesies’ that “a prominent politician will die”; and a Governor that defects from his now suffocating political party on whose platform he ascended to office, is attributed to the prophesy of a Prophet who had said, ” I see a Governor crossing over from his political party ro another”. Pray, are these not mere educated guesses and conjectures? Who does not know that some prominent politicians must die, or that some Governors must escape from the asphixiating iron grip grip of their suffocating political parties, to breath some free oxygen of freedom and political liberation; or be with the ruling party at the centre to be EFCC-compliant ? So, most of these so called prophesies are false, alarmist and constitute mere analytical guesswork. They merely prey on the simple receptive minds of a suffering and conqered people looking for succor and comfort zone from any source, howsoever.Karl Marx was right afterall when he once described religion as an opium of the masses.Religion intoxicates and inebriates like an afrodisiac, giving a false sense of grandeur of illusion.

In the holy Bible ( Matthew 7:15-20 ), Jesus Christ had warned his followers, “beware of false prophets, who come to you in sheep’s clothing but inwardly are ravenous wolves. You will know them by their fruits. Are grapes gathered from thorns, or figs from thistles? So, every sound tree bears good fruit, but the bad tree bears evil fruit. A sound tree cannot bear evil fruit, nor can a bad tree bear good fruit. Every tree that does not bear good fruit is cut down and thrown into the fire. Thus you will know them by their fruits”.

True to form, many fake Prophets, Alfas, para-psychologists Imams, marabouts, star- gazers, seers, nichromansers, witch doctors and fake prediction peddlers use the precious name of our Lord Jesus Christ of Nazareth, or the holy Quran, or Ogun, the god of iron, to undesevedly elevate themselves to lofty heights and win unwary converts to their lucrative business centres, otherwise called churches, mosques and shrines. The situation is quite ugly.

There are people who suffer from the Stockholm syndrome, people who ironically show love and affectation to their traducers and repressors. There is also the story of Stalin and the chicken, regarding how to Perpetually put a people down and repress them. It was in the last days of the collapsing Marxist experiment in the Soviet Union. Stalin was said to have called for a live chicken to make an unforgettable statement before some of his henchmen. Stalin forcefully clutched the chicken in one hand and with the other hand, he began to brutally and systematically remove the chicken’s feathers, until the screaming and struggling chicken was dropped featherless. Then, Stalin was said to have done the unthinkable. He told his audience, “now you watch”, as he placed the chicken on the floor and walked away. Stalin threw a handful of grains at the poor bird, which inspite of the excruciating pains, began to follow Stalin about. Shockingly, the bird bent down and began to eat the grains from his hand. Turning to his dumbfounded colleagues, Stalin intoned quietly, ” this is how to rule the people..did you see how that chicken followed me for food, even though I had caused it so much torture? People are like that chicken. If you inflict inordinate pain on them, they will follow you for food the rest of their lives”.

Jesus Christ had seen this story about false prophets coming on board when he warned long ago, ” take heed that no one leads you astray.Many will come in my name, saying, I am he! and they will lead many astray. And when you hear of wars and rumors of wars, do not be alarmed; this must take place, but the end is not yet..And if anyone says to you, Look, here is the Christ or look, there he is! do not believe it. False Christs an false prophets will arise and show signs and wonders, to lead astray, if possible, the elect. But take heed, I have told you all things before hand” ( Mark 13:5-7; 13:21-23; Matt 24:4-5; 24:11; 24: 23:26 ).

The Ghanaian authorities have just moved against such end-of-year peddlers of fake and alarmist predictions. This is therefore one area ( amongst many), where the Nigerian authorities have so far abysmally failed, and where Ghana now appears to have excelled.They have decided to bring to book through their law courts, any fake Prophets and false prediction peddlers that cause undue fear, alarm, panic and needless rockus in the society. Such people are not only disturbing the public peace; they are actually disturbing the souls and hearts of innocent citizens with their doomsday prophesies that rankle and terrorise the unwary. Such people who suffer thereby are entitled to legal remedies in our law courts against such doomsday prophets in civil actions.

Besides, such fake predictions are also criminal. Sections 114, 392, 399, 417, 418, et al, of the Penal Code which operate in the northern parts of Nigeria, deal with publication of false news that may constitute offences against public peace; or excite hatred between classes of people; insult, annoyance, criminal intimidation; or breach of the peace. There are equivalent provisions in the Criminal Code that operates in the southern parts of Nigeria. Section 39 of the Criminal Code applicable to Lagos state is very loud and clear on it, as it prescribes two years imprisonment for those who publish rumours and false statements calculated to cause fear and alarm in the larger society.

Beyond the shores of Nigeria, section 505 ( 1) of the Indian Penal Code and Section 54 of the Disaster Management Act, prohibit and criminalize the making, publishing or circulating of statements, false alarm, warnig, rumour, or any report that are capable of causing fear,panic or alarm. Similarly, section 18 par 1038 of the US Code criminalizes hoaxes, false and misleading information.

Even section 46 of the EFCC ( Establishment Act), 2004, criminalizes any act which is a violation of the Criminal or Penal Code and which may endanger the life of a person, or intimidates, or causes fear, force, coercion or incitement.

Many Nigerian government officials, being largely superstitious and fearing their own shadows for grand larceny of our common patrimony, go nochodemusly, cap in hand at night,to secretly patronize these agents of doom. They hire and pay heavy sums of money to marabouts, Imams, Champlains, Alfas, Evangelists, Witch doctors, Prophets and Nichromansers, to predict the unknown bowels of tomorrow. These gullible thieving politicians forget that only God knows tomorrow. Ruben Abati, former presidential spokesman for former president, Dr Goodluck Ebele Jonathan, once wrote extensively on Aso Villa and the types of looming spirits and apparitions that inhabit it. He told us some government officials even complain of loss of manhood.What Abati didn’t appear to know is that it is simple law of Karma that afflicts them. They were merely reaping the whirlwind of th wind they had sown.

So, Nigerians, I urge you to collate the avalanche of fake prophesies that would soon deluge us, for possible court actions.The law is clear: ” ubi jus ibi remedium” ( where there is a right there is a remedy”.

Wishing all of us, dejected, repressed, oppressed, denied, marginalized, brutalized, suffering, yet, smiling Nigerians, a blissful yuletide, even in the midst of our individual and collective sweat, sorrow, pains, pangs and blood. Nigeria shall be great again, amen.