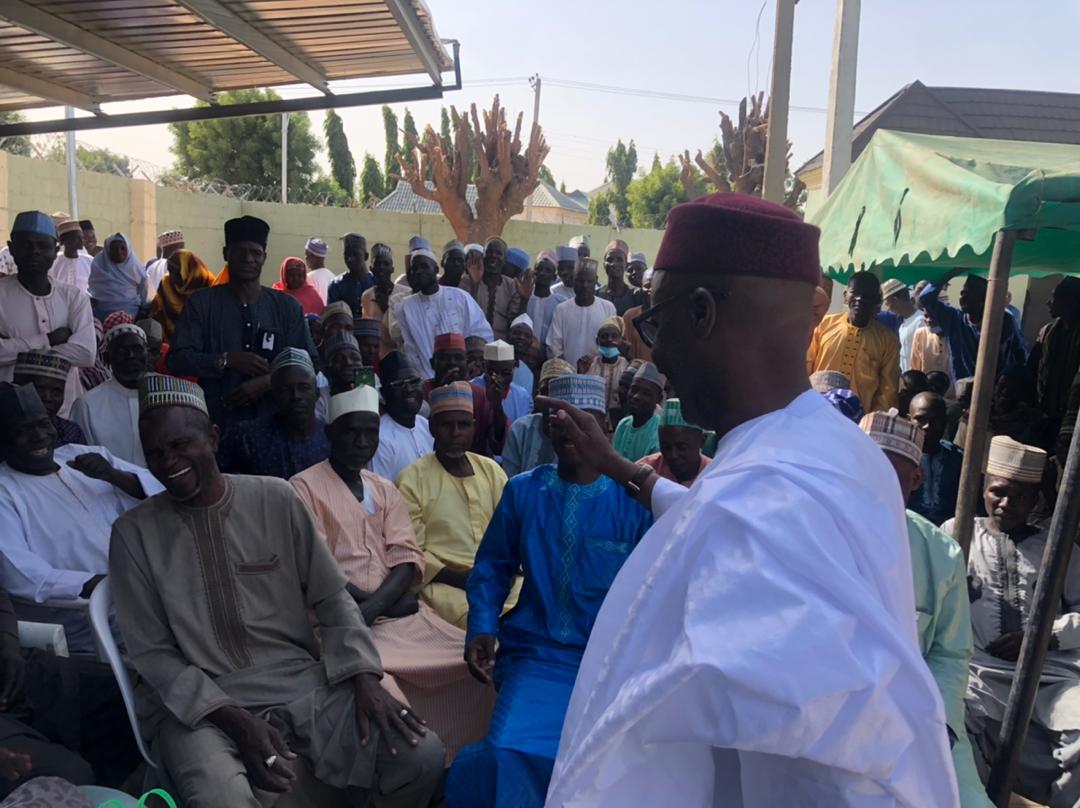 All Progressive Congress (APC) executives members from about 600 polling units of Birninkudu/Buji federal constituency in Jigawa state have stormed the office of the member representing the constituency at the house of representatives, Hon Magaji Da”u Aliyu to pass vote of confidence on the law maker for good representation.

The party executives who made the declaration shortly after over 50 constituency infrastructural projects executed by the lawmaker across the two local government areas, were innaugurated described him as the best representative they ever had.

Speaking on behalf of Birninkudu local government executives who were part of the declaration, the party’s chairman of the local government, Alhaji
Datti Ayuba, said, they are indebted to the lawmaker because he gave them a kind of representation that no any constituency enjoys in Nigeria.

He explained that, the program and projects of Hon Aliyu are visible at every polling units, wards and local government under his constituency

According to him, the lawmaker had executed over 18 road projects, hundred of solar strategy light, construction of various classrooms, maternity hospitals and brought Federal Government College of Special Education which was approved by president Buhari, among others .

He maintained that the party executive and the teeming electorate in Birninkudu/Buji constituency will continue to give the lawmaker all necessary support in appreciation for his good representation.

In his speech on behalf of the APC executives from Buji local government. the vice chairman of the party Alhaji Inuwa Muhammad Gwadayi declared that, they will stand by the lawmaker at all times no matter the condition for his indefatigable patriotism and concern for the betterment of his people.

He indicated that, the kind of dividend of democracy he has brought to his people is incomparable with what is happening in other constituencies in the state and beyond.