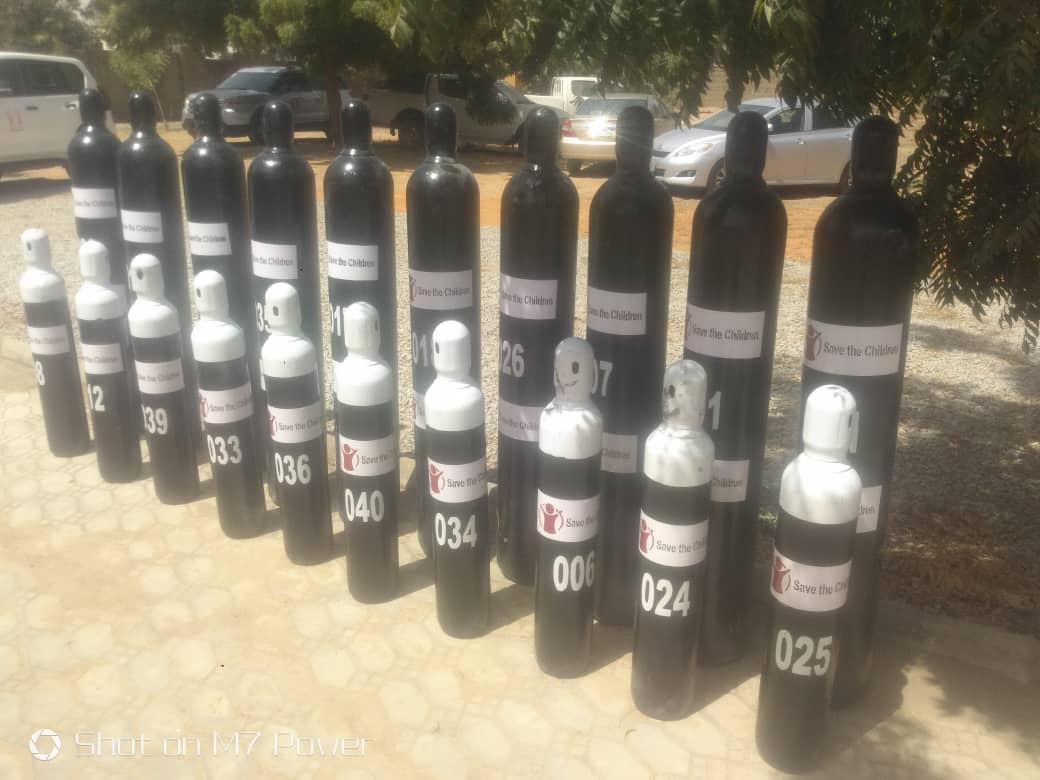 The Save the Children International (SCI) under INSPRING project funded by Glaxosmithkline (GSK) has donated hospital equipments worth over N55 million to four General Hospitals in Jigawa state.

Presenting the equipments to the commissioner of health, represented by the director hospital service, Dr Bashir Ahmed the chief of party INSPIRING project, Dr Adamu Isah said the equipment is pipped oxygen system.

The chief party added that the organisation has trained doctors, nurses and biotechnicians of the benefiting health facilities.

He explained that, the donation is an addendum to the earlier donation to Rasheed Shekoni Specialist Hospital and Dutse General Hospital that were considered under the pilot programme.

According to him “After the pilot programme we made a request to GSK on the need to extend the donation of the equipments (Oxygen) to all the secondary health care facilities in the state”.

“Our request had been approved but for now we considered four more general hospitals and the rest would come subsequently to cover all”. Dr Adamu emphasized

The chief party noted that “Today we are donating the most precious commodities that patients need during emergency situation, and each pipped oxygen system can take care of five to fifteen persons at the same time”,.

While making his remarks after receiving the equipments, the permanent secretary Jigawa State ministry of health, Dr Salisu Muaz who was represented by the director hospital services Dr Bashir Ahmed, commended the GSK/SCI for the donation.

On behalf of the health facilities he promised that they will make effective use of the equipments adding that, Jigawa state government will continue to partner with INPIRING project for the improvement of health sector in Jigawa.