How to curb Banditry, Kidnapping in Northwest by Gov Badaru 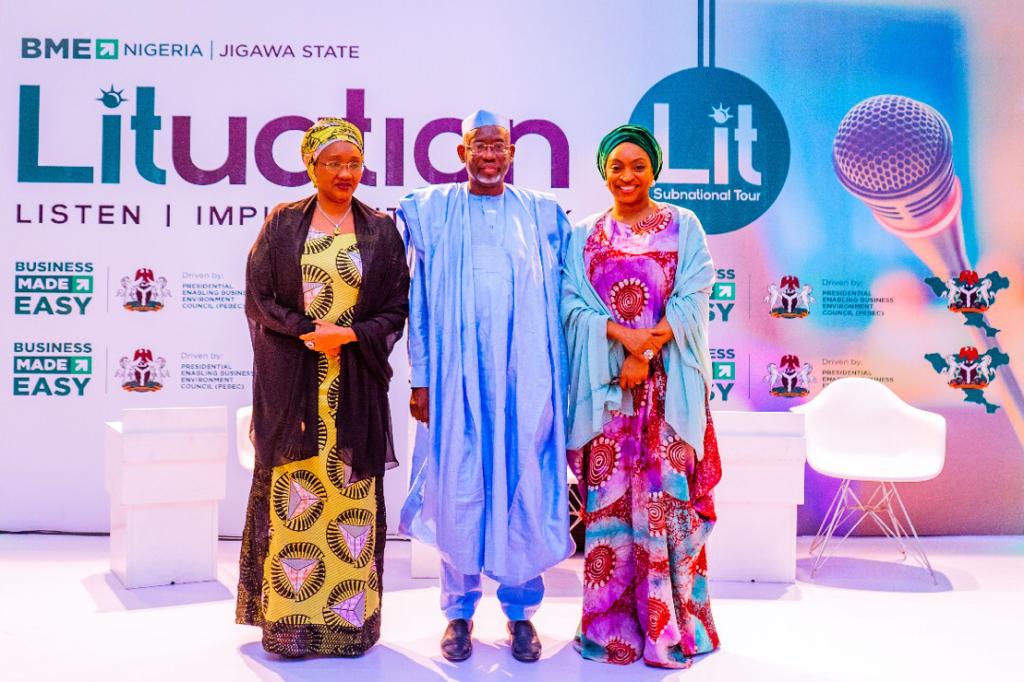 Banditry and kidnapping can be curbed in the Northwest if the governors in the region will establish farmers/herdsmen board which should be judicially operate in their respective states, the Jigawa state governor, Alhaji Muhammadu Badaru Abubakar has indicated.

The Governor gave the indication at the Presidential Enabling Business Environment Council’s (PEBEC) ‘Business Made Easy, held in Dutse, the Jigawa State capital.
He said he succeeded in curbing criminal activities “such as Boko Haram, banditry and kidnapping by establishing an effective operation of farmers/ herdsmen board.

The governor explained that banditry and other criminal activities could be resolved if it is handled like he has done in Jigawa State.

Alhaji Badaru explained that “farmers/hersmen crisis is the root cause of banditry in all the affected States.

Therefore, overcoming the farmers/herders’ crisis is the first and best alternative in tackling armed banditry and other criminal activities in all the affected States”.

According to him despite the fact that Jigawa, is in the northeast which is the epicenter of banditry, “Jigawa is relatively peaceful in the region, as a result of proactive measures, efforts and commitments by my predecessors which we inherited and we are adding more”.

He attributed the position of the state as the first and best in the region and third best in terms of ease of doing business in the country to the almost non existence of banditry, kidnapping and criminal cases

“Unfortunately, these issues were not handled enough in other places; that is why probably the problem escalated in some States.”

In her part the special adviser to the president on Business Made Easy (BME), Dr Jumoke Ojuwale said Jigawa has consistently ranked among the top three States on ease of doing business in the country.

The special adviser to the president said “Our being here today is tangible evidence of the collaboration between the Federal government and State governments in making Nigeria a progressively easier place in which to do business.

Dr Ojuwale explained that the National Economic Council (NEC) unanimously approved the replication of the PEBEC model at the subnational level, with the nomination of State Reform Champions and the inauguration of Ease of Doing Business (EoDB) Councils across States.

According to her “Our team has followed your policies, programs and interventions closely, and we see that the State has come a long way since this Administration assumed office. It is not surprising that Jigawa has consistently ranked among the top three States on ease of doing business in the country. His Excellency has told me point blank, in the presence of my boss, that he has his eyes set on Jigawa being number one in the next iteration of the Subnational Ease of Doing Business Report due to be released in Q2 of 2022!

She added that Indeed, this level of commitment was again made evident this morning with a highly productive technical meeting of the Jigawa State Ease of Doing Business Council members, including the Chair of the Council, His Excellency, the Deputy Governor, Mallam Umar Namadi.

Ojuwale maintained that “we are targeting an “enabling environment in which it is progressively easier to do business across all arms and levels of government, where policies are predictable and consistent, with macro-economic stability, and where the Government acts as a partner to business and investment, not a competitor or adverse regulator.

“Our ‘Ease of Doing Business’ reform efforts demonstrate in clear terms our readiness to support our ambitions with all the political will available”.