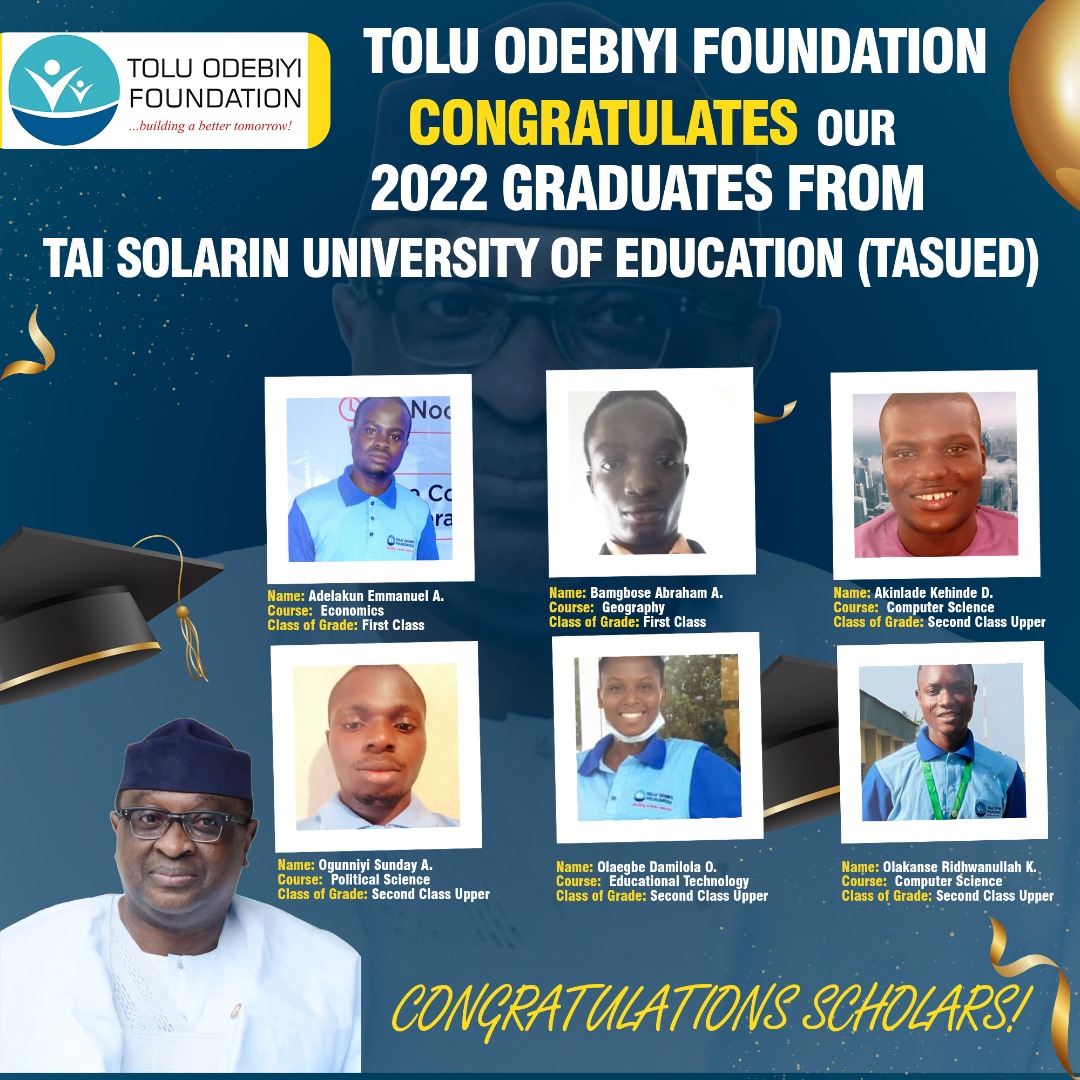 The Tolu Odebiyi Foundation’s Scholarship scheme beneficiaries have just graduated with first, upper and second classes honours, after distinguishing themselves academically and found worthy both in character and in learning in their university.

The beneficiaries who have so graduated are Adelakun Emmanuel, Bamgbose Abraham, Akinlade Kehinde, Ogunniyi Sunday, Olaegbe Damilola and Olakanse Ridhwanullah.

It was a proud moment for the Tolu Odebiyi Scholarship Foundation, and particularly the Senator representing Ogun West Senatorial District, Sen. Tolu Odebiyi who has taken the issue of training students seriously by inculcating a deeper level of true character which include: trustworthiness, responsibility, respect, fairness, courage, citizenship, diligence and integrity, in all the TOD scholars over the years.

The sponsor of the Scholarship scheme, Sen. Odebiyi, who is also the Vice Chairman, Senate Committee on Marine transport has been guiding the students to become upstanding adults and great citizens of Nigeria.

He indicated that he will continue to equip and assist more exceptionally brilliant students from Ogun West Senatorial District to reach their true potentials and expand the frontiers of education.

He also promised to build more public primary and secondary schools in Ogun West for the benefit of younger students of the district to aspire and reach the top like the TOD beneficiaries who are about to serve their fatherland.