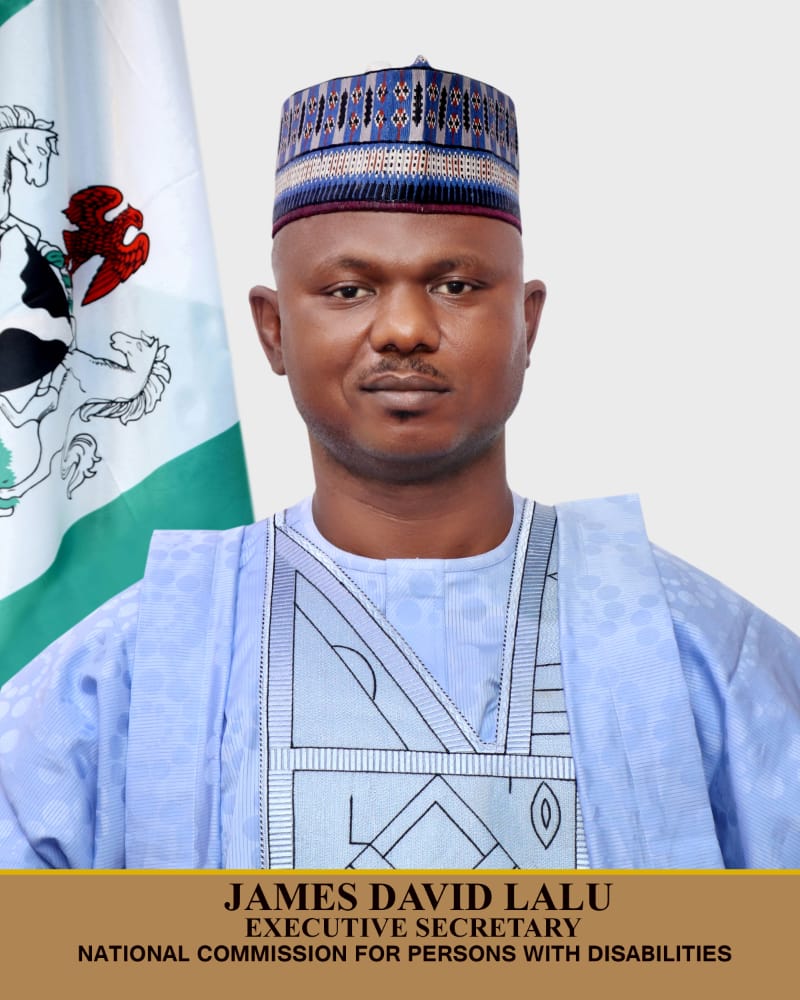 The Executive Secretary, National Commission for Persons with Disabilities, Mr. James David Lalu has joined women all over the world to celebrate their Day as seized the ocasion to re-echo his commitment towards improving access to justice for women especially those with disabilities.
Head Media and Publicity Unit NCPWD
Mbanefo JohnMichaels in a statement said the event which was tagged, “Breaking the Bias; Addressing Disparities in Access to Justice for Women with Disabilities” provided the platform for feminine advocacy and integration of women into the social order.
He said the executive secretary was represented by the Head, Women and Gender Unit of the Commission, Mrs. Olanike Akinbola.

He quoted the ES to have thanked the organizers of the event for bringing together the Amazons from different backgrounds, stating that he is dedicated to the ideals of gender equality. He further stated that his passion for women rights and equality, compelled him to setup the Women and Gender Unit at the Commission.

Lalu disclosed that he has successfully collaborated with the Nigerian Police force to have a Special Disability Desk set up at all Police Commands throughout the Federation to ensure that PWDs and WWDs can easily report any incident of injustice as soon as the offices become operational.

Speaking further, he remarked that it was important for women with disabilities to recognize that their rights and dignity as women were protected by law and they had as much rights as any other women in the society to push for equity in the society.

The ES encouraged all present at the event to remain strong and resilient and continue to strive to lead meaningful and more productive lives regardless of the patriarchal nature of the Nigerian society.
He further challenged the womenfolk to seize every chance they have to reaffirm their role in Nation- building and to refuse to bow or be cowed by the pressure of dealing with the triple effect of their gender, disability and vulnerability.

The Head of the European Union delegation to Nigeria, Mr. Alexandre Bordes Gumez also expressed his pleasure at being at the event and assured women with disabilities of the EU’s commitment to end all forms of barriers and inequalities. He underscored the inevitable impact that women make in the society and equally wished them a happy celebration.

In the same vein, the Executive Director, Deaf Women Aloud Initiative (DWAI) Mrs. Helen Beyioku-Alase lamented the low representation of women in elected offices which eventually has been responsible for poor policy in advancing the course of women in various facets of life.
She, therefore, beckoned on both government and non-governmental organizations to make women with disabilities partners in progress so to have an inclusive society.