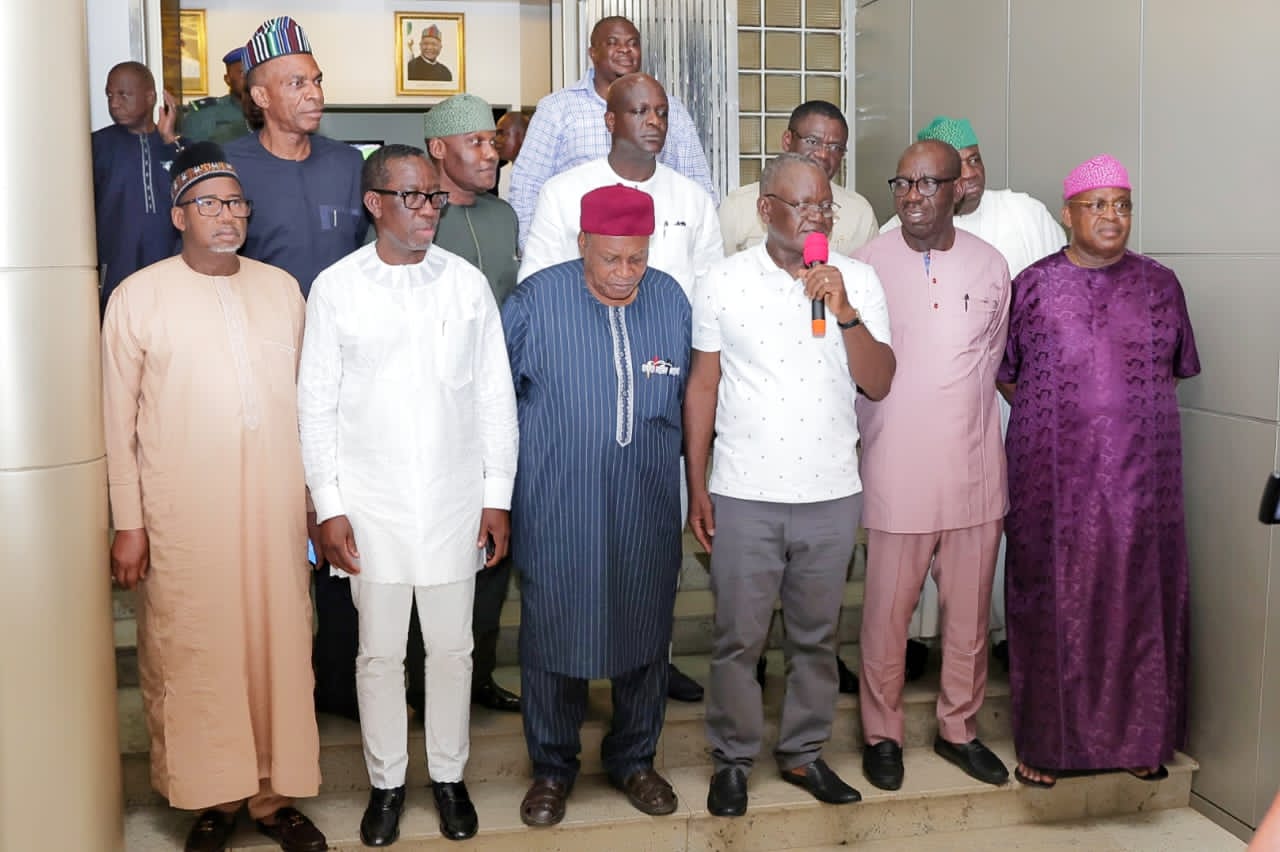 Peace has finally returned to the Peoples Democratic Party (PDP) Edo State chapter after a committee led by Governor Ortom of Benue State brokered a truce among the warring factions.

Ortom who is also the Chairman of the committee set up by the National Executive Committee, (NEC) of PDP disclosed this to journalists Wednesday at the end of a meeting that lasted more than six hours with the warring parties at the Benue State Governor’s Lodge, Asokoro, Abuja.
His Chief Press Secretary, Nathaniel Ikyur in a statement indicated that the party had on March 16th, 2022 at its 95th NEC meeting constituted a three-member reconciliation committee to resolve the crisis in the Edo State chapter of the party.

The committee he said had Governor Ortom as chairman while Governors Ifeanyi Okowa, Bala Mohammed and Dairus Ishaku of Delta, Bauchi and Taraba States respectively as members.

“Members of the committee and the warring factions in the Edo crises were beaming with smiles as they stepped out of the meeting hall at about midnight.

Governor Ortom who was flanked by members of the committee as well as Governor Godwin Obaseki and Chief Dan Orbih made brief remarks to journalists on the outcome of the prolonged meeting.

Others who were present at the meeting include the Deputy Governor of Edo State, Philip Shuaibu  National Vice Chairman of PDP, South-South, Chief Dan Orbih;  Senators and members of House of Representatives from Edo State as well as the Edo State PDP Chairman, Tony Aziegbemi.