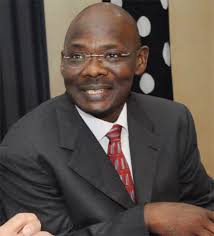 Obbut Global Peace and Reconciliation Foundation, a Non-Governmental Organization handed the award to Thomas in Karu on Friday as the ‘Best Local Government Council Chairman in Nigeria’ in terms of promotion of peace.

Chief Executive of Obbut Global Peace and Reconciliation Foundation Mr King Tom-Adie, described Thomas as a peace builder and a fighter for peaceful coexistence among diverse ethnic groups in his area, hence the award given to him and his investiture as the NGO’s Global Pillar of Peace Ambassador.

“Because of his impactful efforts, Karu LGA is the most peace loving local government area in Nigeria out of the 774 We have been monitoring you and we have Seen the laudable works you have done in terms of entrenching peace in the area since you became the chairman,” he said.

“Because of your giant strides in peace building in your area, you have also been selected to be the lead guest speaker representing all local government areas in the country in a global summit on peace we are going to hold later this year.
“It will be an opportunity for you to market Karu local government area to the international community,” he said.

He explained that Thomas since assuming the Chairmanship of Karu has through various initiatives resolved differences between various ethnic groups in the area without allowing any issue result to violence.

“Despite the various ethnic groups residing in this area and the huge population and the fact that your area is a gateway local government to Abuja, Kogi and others, you have managed to maintain peace and order since you came on board. That is a feat many others are yet to achieve,” he said.

Responding, Hon. James Thomas, Chairman, Karu LGA appreciated the NGO for the honour bestowed on him as the best peace ambassador in the country as he pledged to continue to advocate for peaceful coexistence in the area.

“At times it baffles me and I ask myself that what have I done or when did I become the chairman that people see what they see in me and acknowledge me but the truth is that one may not know what he has done like those watching him.

“I appreciate this gesture and want to add that the award is not just for me but for the entire people of Karu because it is through their support that I am here and able to achieve what I have achieved and being awarded for today,” he said.

He also appreciated the efforts and support of the traditional rulers in the area for supporting him in propagating peace and ensuring any lingering conflict is nip in the bud before it turns violent.