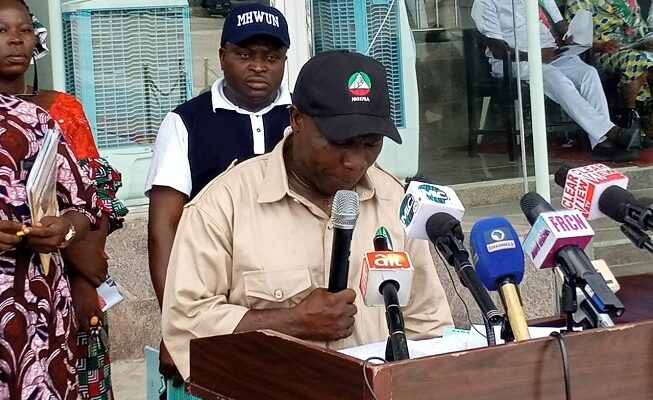 The State Chairman of Trade Union Congress (TUC), Comrade Ranti Ojo said “the issue of percentage payment of salary at the primary school sector and the local government areas has not only crippled education at that level and bastardized the local government administration but also dehumanized workers in the sectors”.
He spoke on behalf of the organized labour during the 2022 Workers’ Day celebration in Lokoja on Sunday.
According to Ojo, local government workers are dying on a daily basis due to percentage payment of salaries and the harsh economic condition of the country.

He pleaded with Governor Bello to urgently address issues of outstanding remunerations to workers, especially the outstanding balance of February 2022 salary.

The organised labour also tasked the Governor on the need to immediately implement the February 9th 2022 agreement on the cash-backing of all promotion, payment leave bonuses and annual increment.

While applauding Governor Bello for some of his achievements in Kogi State, Comrade Ojo pleaded with the government to ensure the Kogi State House of Assembly vote in support of the full autonomy for local government, legislature and judiciary.

In his address, Governor Bello thanked the organized labour in Kogi State for standing firm and rock-solid behind his administration since inception.

Bello, who was represented by the Secretary to the State Government, Dr Folashade Arike Ayoade, said despite many disagreements in principle, the labour have placed the overall welfare of the people over any partisan interest.

“Your commitment to industrial peace has helped to stabilize our polity and brought us ongoing gains in security, unity and prosperity in our dear Kogi State,” he said.

He debunked the information making the round that his administration is planning to downsize the work force in Kogi State.