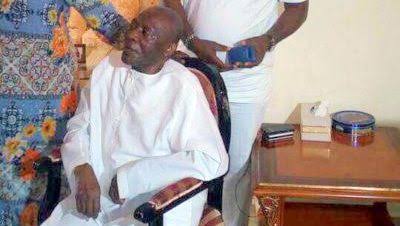 The former Senator who represented Orlu Senatorial District in the National Assembly Arthur Nzeribe has died.

It was gathered that the maverick Senator from Oguta died in an Abuja hospital.

The news of his death filtered in, inthe early hours of Sunday morning

Nzeribe represented Orlu Senatorial District in 1999 until he was defeated by Osita Izunaso in the primaries of the then ruling Peoples Democratic Party (PDP) in 2007.

The two Orlu politicians disagreed when Udenwa who was championing the proposed creation of Orlu State was opposed by Nzeribe who was the arrowhead of the demand for Urashi State.
The controversial Senator will be remembered for an unpopular attempt to stop the June 12 1993 election, when he relied on a court order which his group, Association for Better Nigeria (ABN), procured from a midnight ruling by late Justice Bassey Ikpeme of Abuja High Court.