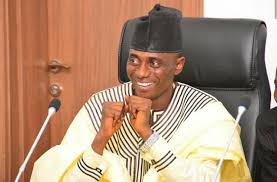 Kogi state Commissioner of Information and Communications, Mr. Kingsley Fanwo, says with the aid of technology and sophisticated gadgets, Kogi state government knows exact location of the Captors in every incident of kidnapping in the state.

Speaking at a media event to herald the 31st anniversary celebration of kogi state on Thursday, ahead of the event on Saturday August 27th, Mr. Fanwo noted that insecurity in the state is reduced to the bearest minimum on account of the ‘robost’ security architecture of the state.

Fanwo, indicated that government is fighting kidnapping and other crimes digitally with model security gadgets as part of its security stratagem that may not be known to the public because of the sensitive nature of security operations in the state government.

The commissioner disclosed that the Kogi state government has a stranglehold on the Kidnappers and other criminals in the state.

Mr. Fanwo, noted that though kogi state is not an Utopian society where crime is Non-existent, the crime rate in the state is at lower proportion when compared with other North Central states in the northern sub-region.

Fanwo continued saying, ”The difference between Governor yahaya Bello and other Governors in Nigeria is that while other Governors run to Abuja to lament the security situations in their States, Governor Bello seats back at home to confront the situation Head-on.

“Kogi state government is working with intelligence and superior security stratagem to curtail the current wave of kidnappings in the state, but we expect the media to report the events responsibly while we play our part to secure the state with maximum safety”, he says with some degree of confidence.

On why the state radio had gone off air for over a year, Mr. Fanwo, was quick to announce that a model digital Transmitter has been procured for the state radio Corporation, but added that the new Transmitter when installed, can facilitate broadcast productions from the living room.

The state -owned Newspaper, The Graphic, is begging for attention, but Mr. Fanwo, said with emphasis that the advent of online Journalism has made Newspaper production in hard copy unfashionable, unnecessary and economically unwise for government. According to him, Kogi Citizens (Kogites) outside the state read the Newspaper online with e-paper on the internet as kogi people, now, have easy access to the state -owned Newspaper.

Fanwo, noted that kogi state college of education, Kabba, had invented adaptable Motor -vehicle known as ‘Keke’ and Drones of international standards without huge media interest as the case may be.

He pointed out that inspiring achievements of the administration are under-reported in the media even though there is strained government – torelations in the state Mr. Fanwo, Failed to acknowledge that to the public.

Reacting to the diatribe by a member of the opposition who gave goodwill message at the event, about the true state of development a that Governor Bello did not win his first governorship election as a ‘Money -Bag’, neither was he ‘unprepared’ for the task of governance as insinuated by a rival politician from his constituency who spoke at the event.