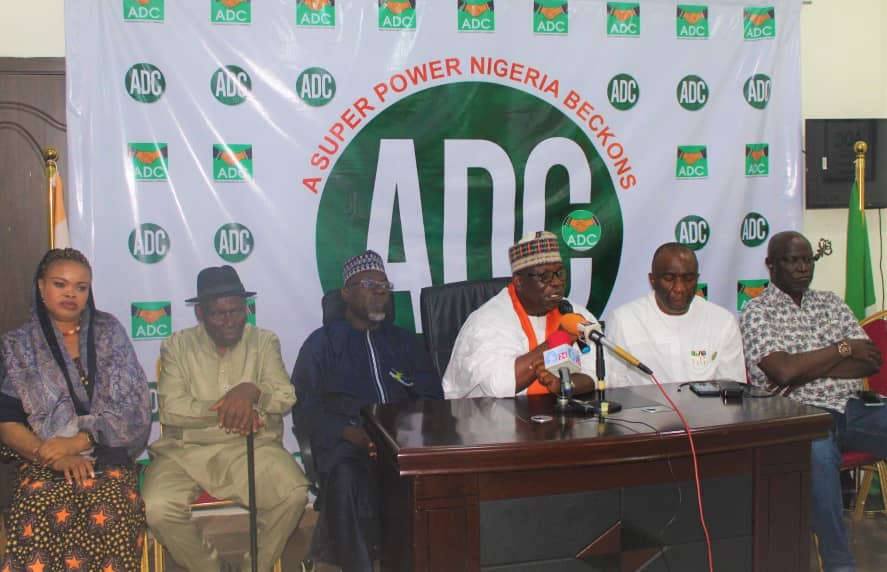 The national chairman through a statement had earlier announced Dr. Ahmed as the new BoT chairman, following the suspension of Alhaji Ibrahim Manzo, former National Vice Chairman, North-east of the party.
The statement accused Manzo and some other party stalwarts of attempting to destabilize the party through undue negative publicity, and various other activities in contravention of Article 15 of the party’sconstitution.
Speaking with newsmen shortly after his unveiling Tuesday at the party’s national secretariat, the new BoT chairman said the punitive measure slammed on some of the party chieftains, including the 17 states chairmen by the Chief Ralph Nwosu-led National Working Committee (NWC) still subsists.
The party chieftain who enjoined Kachikwu to explore avenues to mobilise votes to actualise his presidential ambition hinted that their suspension from the party could still be reversed by the appropriate organs of the party.
Ahmed who frowned at attempt by Kachikwu and the chairmen of State chapters to create disaffection in the party said their antics can not make the party to jettison the ambition of over 2000 contestants of the party vying for various elective seats across the country in the 2023 poll.
Ahmed, however threw his weight behind the continuous stay in office of Chief Nwosu as the party national chairman, saying it was in line with the party’s constitution.
While faulting the notion held in certain quarters that the party is factionalised, Ahmed said there was nothing wrong with Nwosu’s continuous grip on the seat of the party chairman for the past 17 years since it was endorsed by successive conventions of the party.
“We don’t have a faction here. The electoral management body recognizes Chief Nwosu-led leadership of the party. The legitimacy and authority is here in the national headquarters of the ADC,” he said.
Continuing, he said: “We don’t do things by fire brigade. The 17 chairmen who are less than half of our chairmen remain suspended. Because a large number of people meet to do something wrong does not make it right. What they did was in clear contravention of the party constitution.
“There is nothing that is happening that is against the constitution of the party. Convention through convention in every election he had been returned to be the chairman of the party. Mind you we had a humble beginning. I am sure about 10 years ago not many people were talking about ADC.
“It is now that the party has grown, when people are begining to show interests that some people want to come in and want to destabilize the party. The chairman has no problem with anybody.
“We expect candidates to concentrate on campaigns, build their campaign structures and move into the campaigns to win votes.
“As chairman of the BOT we would try as much as possible to galvanize the party. We have high hope of winning seats at various levels.
“Elections are not just about the presidency. Many persons are contesting for the house.of Representatives, Senate, and House of Assembly across the states. We have almost 2000 of them. We cannot because of the ambition of one person jettison the remaining.we are a responsible party.”