WIKE: A bull in A China Shop? 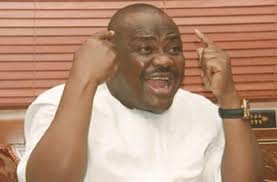 The PDP Presidential Convention has come and gone, but its echoes have refused to die. And at the centre of it all is the Rivers State Governor, Barr. Nyesom Wike. Even from a distance, some of us are bemused.

Since losing the primary election, hell has been let lose. Wike has become a bull in a China-shop: attacking and abusing everyone, especially the PDP National Chairman, Dr. Iyorchia Ayu on a weekly basis!

There is nothing he has not said against the former Senate President. Some of the ugly things he has said against Ayu include: “Ayu is corrupt,” “We picked him from the gutter,” “He is an ingrate,” and “Ayu is a thief.” He has even dragged his Ayu’s family inside the melee.

And yet, we know it was not Ayu that defeated him in the keenly contested presidential primary or bypassed him in his choice of a running-mate. It was former Vice President Atiku Abubakar. Why and how Ayu now has to pay for Atiku’s superior politics beats the imagination.

If not that Wike planned to buy his way, thanks to oil revenue accruing to Rivers state, how could a boastful, garrulous and perpetually querulous person like him hoped to have come tops in a race that paraded solid personalities like Atiku Abubakar as well as two former Senate Presidents i.e. Chief Anyim Pius Anyim and Dr. Olusola Saraki? And if he were not inebriated and, thus, given to flights of fantasy, how could the uncultured Obio-Akpor Homeboy have hoped to defeat more sober and more marketable politicians like Gov. Udom Emmanuel (Akwa Ibom); Aminu Tambuwal (Sokoto) or Bala Mohammed (Bauchi)?

And having failed to tame his wild imaginations, Wike begun venting his impotent rage on the distinguished Ayu, someone who became Senate President when Wike was still in secondary school! And by the time Wike graduated from Law School in 1997, Ayu had finished his first tour of ministerial duty, and was working with allied minds to confront the military and return Nigeria to civil rule!

It wasn’t only Nyesom Wike who lost his presidential bid on 31st May, 2022 – about 10 other aspirants did too. But they have moved on. None has tried to demarket the party through cheap blackmail and media harangues like this executive bandit!

One of his pastimes is levelling corruption charges against the national chairman of his party. First, he said Ayu received N1billion bribe from a presidential aspirant in Lagos! And he dared Ayu to deny it. All he wanted (and still does) is to draw the urbane Ayu into the gutters of the dirty politics that he and his kind inhabit.

But desiring not to go low, Ayu chose the highway of the golden silence. It has been to no avail. And just yesterday, Wike went to the market-square again to do his naked dance: this time, he accused Ayu of pocketing N100m from a governor, and taking same from the party to execute the same project! Even a reticent Ayu was forced to give him a response when the media asked for his reaction.

What Ayu did not know is that Nigerians are smart. They know who Wike is: a petulant, vain and schizophrenic character, with an under-developed mind and a bloated ego. As such, he speaks without thinking and acts impulsively.

He is a deluded figure who lives in a world of inverted reality. It explains why despite his tragic character flaws, Wike sees himself as a lone saint in his inebriated paradise, and everyone else, a sinner deserving of endless verbal excoriation or even worse. It also explains why he charges people with corruption in the morning, and exonerates them in the evening.

In 2016, shortly after taking over, Wike accused his erstwhile godfather and former Governor of Rivers State, Rt. Hon. Rotimi Amaechi, and others of N96bn fraud: that Amaechi sold state-owned property for $308 million but remitting only $208, 000 to the state coffers. This followed the report of a seven-man panel set up by Wike to probe Amaechi. And he proceeded to sue them. In fact, in March 2021, he accused the Federal Government of shielding Amaechi, then the Minister of Transportation, from prosecution over misappropriation of funds.

But despite the drama and media trial of Amaechi and fellow-accused, on Oct. 6, the Rivers state government withdrew the criminal charges it instituted against Rotimi Amaechi; the Governorship Candidate of the All Progressives Congress (APC) in the state, and five other accused persons. That is Wike for you!

When he lost oil wells to Imo state, he accused, without any shred of evidence, the then Governor of Imo State, Rt. Hon. Emeka Ihedioha as well as an entire National Boundary Commission (NBC) of corruption.

Mr. Celestine Omehia was sworn-in as governor of Rivers State on May 29, 2007. But following a pre-election matter instituted against him and the PDP over wrongful substitution, the Supreme Court in October 2015 sacked Omehia, and directed that Ameachi be sworn-in in his stead. Omehia, a fellow-Ikwere man like Ameachi, was not recognised as ex-governor until June 2015 i.e. a month after Wike was sworn-in. To spite Amaechi, whom he had fallen out with, he recognized Omehia as a former governor of the state, with all attendant benefits.

When he fell out with Omehia following the latter’s support for Atiku Abubakar, the governor derecognized him, citing the Supreme judgement that he, a lawyer, had ignored in June 2015! That was on October 8. But that’s Wike for you – whimsical, mercurial, unpredictable, and given to summersaults.

So, Ayu did not need to have replied Wike last Friday. And he doesn’t need to respond to him in future when Wike predictably launches further attacks on him. Wike doesn’t disappoint, and he will keep dancing naked in the market-square of his drunken paradise. Nigerians know him.

Even we, who are obedient, know him.
The truth is that the continuous crises in both the PDP and the ruling APC will help the Obidient Movement to carry the day in 2023. Still, it is painful that a good man’s reputation is being mindlessly impugned, and his character, needlessly assassinated by a bitter and vengeful loser who cannot quietly manage his frustrations or a grossly bruised ego.

Those close to Dr. Iyorchia Ayu should remind him of what Gov. Wike, himself, said in Port Harcourt on Oct. 8 while signing the instrument derecognizing Omehia as governor.

“Once you know your conscience is clear and you are doing the right thing, you don’t bother yourself. You move on and do the work you are supposed to do.”

Ayu was not elected to resign; he was not elected to nurse bruised egos or pamper adult-delinquents. Let him face his front with a clear conscience and leave Wike to keep stewing in his self-inflicted mess. After 2023, he will limp back to Obio-Akpor and fade into obscurity. After all, if not for PDP, who would have known Wike beyond the creeks?

Agbonta writes from Thomas Didec Drive, Millionaires Quarters, Jos.
He can be reached at: maxxie-agbonta@yahoo.com