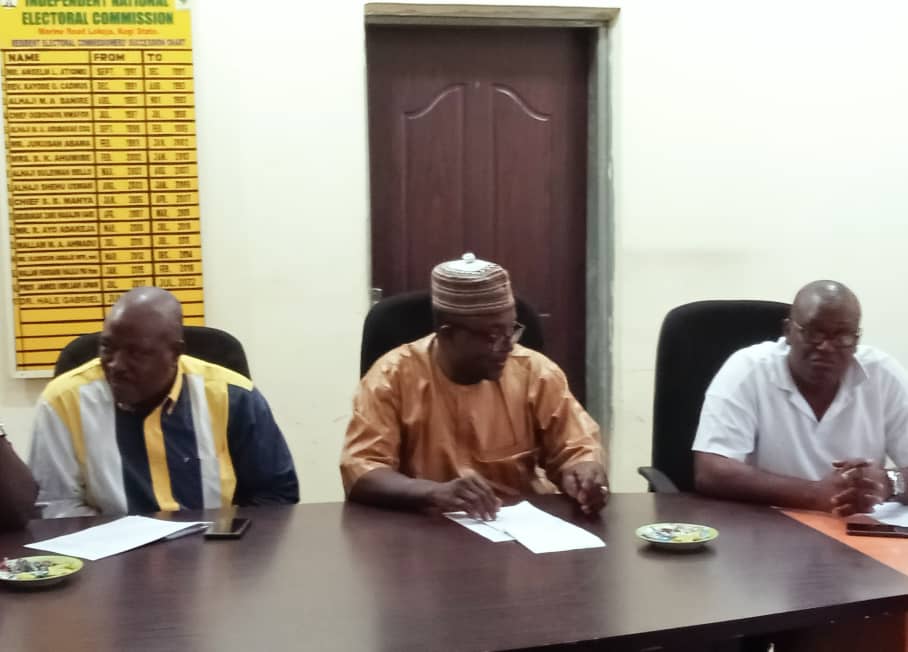 Kogi State Resident Electoral Commissioner of the Independent National Electoral Commission (INEC) Dr Hale Gabriel Longpet, has called on political parties, their supporters and the electorate to eschew violence and work towards peaceful conduct of the 2023 General Elections in the state.

Longpet made the call when members of Government College, Makurdi Old Boys Association (MOBA) paid him a courtesy visit in his office in Lokoja.

The INEC Resident Electoral Commissioner also urged political parties and their candidates to promote peace by basing their campaigns on issues rather that attack on personalities.

He decried a situation where party leaders and their supporters deface posters of opponents and instances where governments in power deny opposition parties access to engage in campaigns or hold rallies at public venues.

“We cannot wish for progress and development to take place in our communities if we do not conduct ourselves peacefully.

“Preparations and planning for the 2023 General Elections are on going and as much as INEC is doing the best it can to ensure a free, transparent, fair and verifiable election, we cannot do that in an atmosphere where people do not feel safe.”

“The world is watching us. Are we going to conduct ourselves as people who are civilised and who aspire like all democratic societies, to have a democratically selected officials and leaders”, he queried.

“We emphasize that people should have discuss on issues rather than personalities but that hasn’t been the case.

Speaking on the present state of Government College, Makurdi, his Alma Matter, Longpet said there was need to bring back the lost dignity and the glory of the school.

He urged the Old boys to translate their achievements into transformation of the school from the current dilapidation which he described as an eyesore.

He added that they (members) were optimistic that his arrival would foster unity and determination to sustain the tempo in our team work towards the development of their Alma mater.

Ocheni congratulated the REC and welcomed him to the state saying that his appointment was well-deserved and in recognition of his commitment to excellence, cultural wisdom, ethical honesty, wealth of experience and exposure that you have significantly and positively impacted on the humanity.

“It is our earnest prayer that God will surely give you joyful testimonies as you bring to bear on your assigned responsibilities, due diligence, fairness, firmness, Justice and accountable transparency.

“We have absolute confidence in your capacity to deliver on the mandate of your office, to further entrench the tenets of democratic practice especially as the nation gears up for the 2023 General Elections”, Ocheni said.