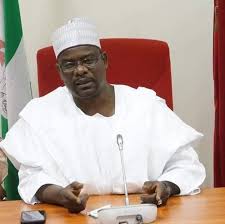 The Sponsor of the Bill, who is also the Chairman, Senate Committee on the Army, Senator Ali Ndume, said the proposed legislation would enable the country effectively tackle banditry and terrorism when established.

He said, “The Nigeria Police Special Forces Training School in Gwoza would among others, combat the menace of terrorism, insurgency, banditry, and other heinous crimes.

“It will train the required manpower for the Special Forces in order to enhance effective National Security through provision of professionalised training, knowledge as well as to award certificates to deserving and qualified officers on successful completion of training.”

He said, the objectives of the bill was to combat the menace of terrorism, insurgency, banditry, and other heinous

He also said the proposed agency would collaborate with other sister agencies within Nigeria and relevant international agencies on matters relating to terrorism.

The Senator added the agency would engage in information and intelligence gathering activities.

He said, “It provide advanced training in anti-terrorism, drills, counter-insurgency, espionage and disorder management for serving police officers and other

“Security agents from in and outside Nigeria, and provide regular courses and for training that qualifies regular Nigeria police personnel to serve in the Police Mobile Force Units.

He added that the Bill will go a long way to help in training manpower that can effectively combat the menace caused by the outlawed groups.

Senators Chukwuka Utazi and Oker Jev kicked against the bill.

They claimed that the establishment of another special forces, would lead to duplicaction of the roles of the Nigeria Police Force.

However, other senators overwhelmingly supported the bill and expressed hope that it would help a great deal in tackling insurgency, banditry and kidnappings in most parts of the country.

While contributing to the debate, Senate Minority Whip, Chukwuka Utazi opposed the bill stating that “it doesn’t connect”.

He said that there were police institution already in the country and other agencies that were stated as the objectives of the proposed bill.

“I don’t see any reason why we will be bringing up this bill which is already taken of.”

On his part, Sen. Smart Adeyemi (APC-Kogi) said that there was no amount of money or institutions that could be said to be enough in tackling the problems confronting our nation.

“We are passing through serious security challenges and all over the world, there are innovations and improvements of facilities and institutions of learning.

“We must move with the trend of development globally.

“Nigerian police deserve all the support that is needed. Not just in the area of establishing more institutions for them to be able to compete with other police forces across the globe but indeed even in their pay package.”

He said that there could only be effective policing when there was specialised institutions and adequate training for the police officers.

Sen. Hezekiah Dimka (APC-Plateau) who said that there to tackle the security challenges in the country, there was need to pay great attention to specialisation of the police.

Deputy Senate President Ovie Omo-Agege who presided over plenary thereafter refered the bill to the Committee on Police Affairs for further legislative actions to report back in four weeks.