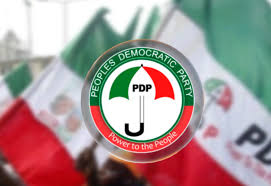 The Peoples Democratic Party (PDP) in Jigawa State has concluded plans to set up a Medical College at the Sule Lamido University, Kafin Hausa if the people of Jigawa State vote for the party in the 2023 general elections.
This the party said is to address the chronic shortage of Medical personnel in the state.
The party’s gubernatorial candidate in the State, Dr Mustapha Sule Lamido indicated that globally, the World Health Organization standard provides for 600 patients for every medical doctor, but in Jigawa State the ratio is 1:40,000.

“We have made it clear to our youths and women support groups that we must work together to change this narrative.”
Deputy director, media and publicity, of Santuraki Campaign Organisation Umar Kiyari Madamuwa in a statement that was made available to the National Update quoted the governorship candidate to have made the promises while addressing the meeting of Youth Support Groups in Dutse, the state capital.

Lamido junior also promised to set up Jigawa Education Development Fund (JEDFUND) which he said will be managed independent of government to carter for the proper development of the education sector.

Speaking on the shortage of Doctors in government hospitals in the state, he said the Medical College at the State Sule Lamido University in Kafin Hausa when built will bridge the gab in the health sector