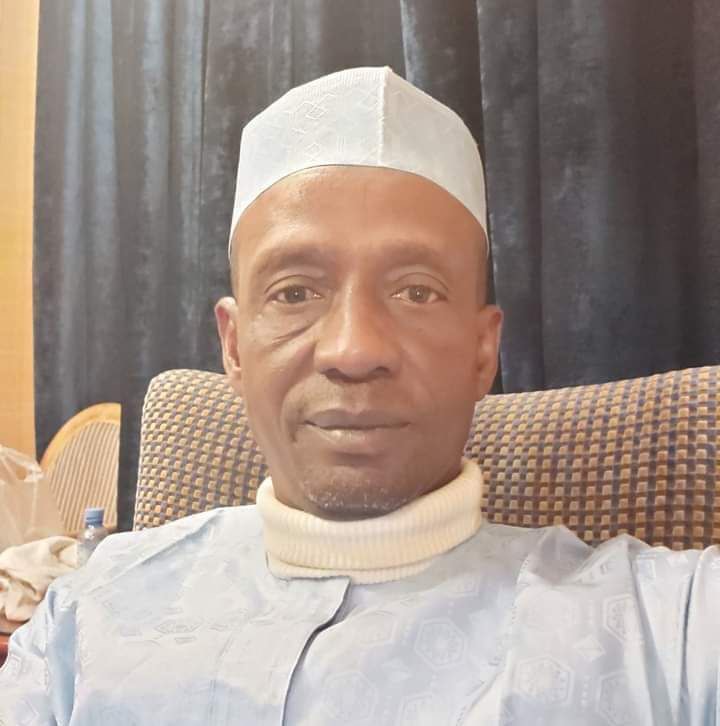 You may not realise how difficult it can be to write a tribute about a departed colleague, until you sadly have to do it. Emotions do choke the written words, as they do the spoken ones. The situation becomes even worse when the departed was very much more than a colleague. Mohammed Abdulkadir Isa was a friend I was blessed to meet at my workplace.

On 16th July, 2021, I received an unusual WhatsApp post. It was an old press statement signed exactly two years earlier announcing my appointment. It was signed by Mohammed Isa, the Special Assistant on Media to the Senate President, Ahmad Lawan. Before I began to wonder why he was sending me an old statement, I received a text from Mohammed: “Sir, this is just to remind you that it is exactly two years today that you were appointed as the Special Adviser on Media to the Senate President.” Then he prayed for me again. It was a simple act for Mohammed. But for me, it was thought provoking. It took me into a moment of reflections.

Two years earlier, I had received a call from an unknown number with the caller informing me  that he had just announced my appointment. The caller later identified himself as Mohammed Isa. That was how the gentleman from Katsina State became my first contact at my present workplace.

When I reported to assume duty about a week later, I met Mohammed for the first time waiting for me at the main entrance to the new wing of the Senate building. I had told him that I was coming and we met as agreed. He then accompanied me to my office. Although I wasn’t a total stranger to the National Assembly, Mohammed made himself my guide on my first day at work, taking me to the Chief of Staff to the Senate President, Dr. Babagana M. Aji, and from there to meet the staff in the Office of the Senate President. That was how our journey as colleagues began. And we soon became close friends. But sadly, it ended too soon.

I spoke twice with Mohammed on Monday, 7th November, 2022. That was the day after he was involved in the accident that eventually claimed his life and that of his friend, Danladi Ndayebo.

Even in his distress in his hospital bed, Mohammed remained a reporter. So when he heard my voice on the phone, he immediately set about narrating how, when and where the crash occured. But I noticed that he was apparently struggling to speak. So I told him there would be ample time to tell the story after his discharge from the hospital. Noticing too my concern about his condition, he assured me that he was responding well to treatment.

On the second time we spoke that evening, he broke the sad news that his friend, Danladi, had just passed on. They were together in the auto crash along the Minna-Abuja road. Mohammed and Danladi, a former Editor of Leadership Newspapers and former Commissioner for Information in Niger State, were inseparable in life. And now, sadly so too in death.

The day after our first conversations, I called Mohammed again about his immediate needs that might require urgent intervention from the office. He was confident that he would make it.

It turned out to be my last direct conversation with Mohammed. The next day, I realised that his doctors had cancelled his access to the telephone.

The day before our last direct conversation, he posted a vague message on his Facebook wall: “Logging Out for Now, So Long.” That was precisely at 6.05am, the day after the accident.  But on his third day in the hospital, he was back on his wall with another post: “Let me take this opportunity to thank all of you that sent a goodwill and condolence message over our accident and the eventual death of my friend and brother, Danladi Ndayebo. I appreciate all of you and assure you that I’m in a stable condition and recording daily improvement.”

You could therefore imagine my utter shock on the evening of Friday, in far away Yobe State where I was on official trip, when I received a phone call from another fellow staff, also a journalist colleague. The sobbing caller merely managed to break the shocking news of Mohammed’s passage. The news left me dumbfounded. That Mohammed has truly “logged out.” Forever. It still seems to me surreal.

Mohammed was a jolly good fellow and I found him great to work with. Besides, I had good reason to maintain my closeness with him having been conversant with the bureaucracy at the National Assembly. He had worked as a political appointee of Alhaji Aminu Waziri Tambuwal when he was Speaker of House of Representatives. He was later appointed as Special Assistant on Public Affairs during the tenure of Bukola Saraki as Senate President. So he already understood the bureaucratic nuances of the National Assembly before I came on board.

As the Special Assistant on Media in the Office of the Senate President, he had an office but rarely used it, preferring to work from my own office. I enjoyed his company a great deal too. Lively and likeable, there was never a dull moment with him around. In my official assignment, he was a reliable and dependable source of information because he had his ears to the ground. He also had a full grasp of contemporary politics and a brilliant memory.

For the more than three years that we worked together, we never had a dispute, which is unique in a public service and political environment. Mohammed took corrections in good faith and was ever eager to learn more about the job, despite his vast experience.

Mohammed was the restless type, difficult to confine to a space for long. He always had to move around, for which he jocularly nicknamed himself a nomadic journalist.

Mohammed was also compassionate almost to a fault. He would always reach out to anyone he thought needed to be comforted. It was therefore no surprise to me when I was told that he and his friend were on a mission to Minna to empathise with a family whose child was missing when they were involved in the accident.

Mohammed’s memory will linger among his former colleagues and vast network of friends. I definitely will remember him always.

***Awoniyi is Special Adviser on Media to the Senate President