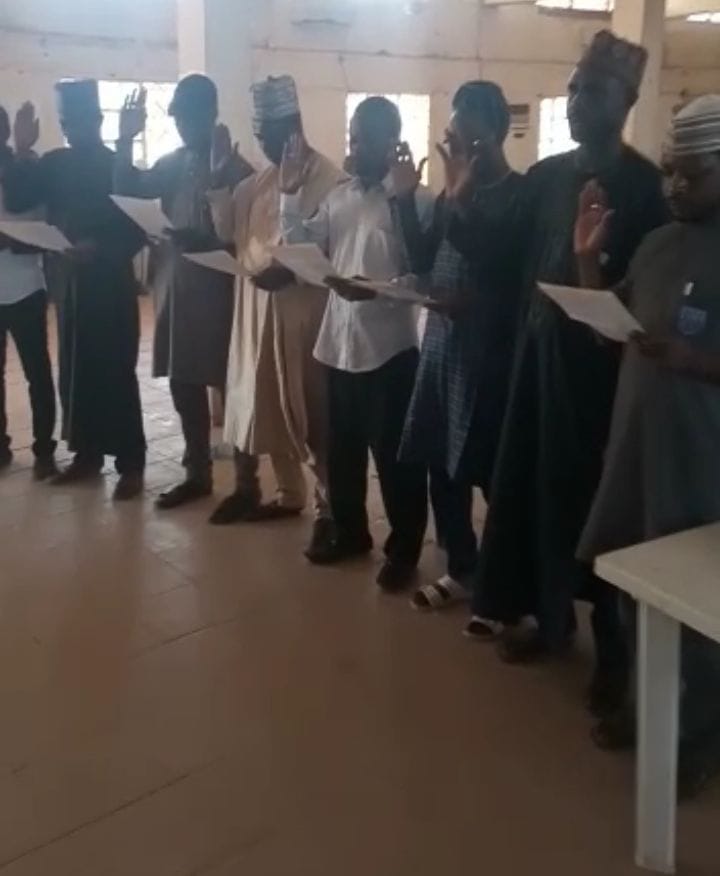 Comrade Abdul’aziz Ibrahim Badaru had been re-elected to run the affairs of the union for a second term after defeating M. Nura Abdullahi Yusif with 82 votes during the election.

In his acceptance speech, the new chairman expressed appreciation to members for giving them another mandate as he promised more positive performance that will improve the unity, welfare and Academic excellent for the members in the institute.

Badaru maintained that “I appreciate you all for making out time, out of you tight schedule to perform one of their civic union responsibility and praying for journey mercies back to your various destinations”.