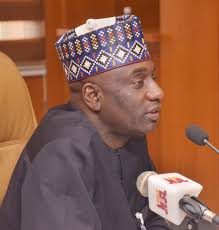 This was coming after the federal government seized the initiative to address scarcity of petroleum products in the country which he said would ensure monitoring of products loaded from depots.

The 14 man team which has Minister of State Petroleum, Timpire Sylva as alternate chairman has among its terms of reference the mandate to ensure national strategic stock management, visibility on the NNPC Limited refineries rehabilitation programme and ensure end-end tracking of petroleum products, especially PMS to ascertain daily national consumption and eliminate smuggling.
Speaking with journalists in Abuja, the President of NARTO decried what he referred to as the deliberate distortion of narrative surrounding the shortfall and non availability of the products by certain forces in the downstream sector who continued to blame the Nigerian National Petroleum Company Limited, (NNPCL) retail outlets for scarcity of the products.
Alhaji Othman dismissed the claim as unfounded as he noted
that certain players in the sector who lack the capacity for storage and effective distribution are deliberately pushing false narrative into the public domain to demonise the NNPCL retail outlets.

He maintained that public expectations are met by the oil giant retail outlets as it does not sell above the officially stipulated price for Premium Motor Spirit, (PMS) otherwise called petrol.
He said:” Whatever is written is not true, it is false. As far as we are concerned the NNPCL retailers are the largest retail outlet in the country.
“As of today, they are the only marketing company that sells fuel at the same price everywhere in the country.
“The same price in Lagos, same price in Abuja. So you will see some envy by other marketers and from experience, personally my own company has been working with NNPC retail in the last 15 years. I know their pedigree and their capacity.”

Alhaji Othman appealed to his members and others involved in the haulage of petroleum products to refrain from activities that could sabotage the federal government efforts to surmount the challenge crippling effective movement of goods and services.
“Let me use this opportunity to call on our law abiding and patriotic members who are into the transportation of petroleum products to please desist from illegal bunkering, smuggling and diversion of petroleum products because these actions are detrimental to the economy of our great nation.
“This Association will not support, defend, or sympathize with anyone caught committing these crimes. “
Asked to give timeline for the end to scarcity, the NARTO President noted that some of the contributing factors were beyond the control of the federal government.
“Relating to the current supply and availability of petroleum products is not unconnected with the current Russia-Ukraine war. Two, is the high cost of transporting from the mother vessels to the daughter vessels to the tank farms.
“Three, the exchange rate. But I know we have adequate fuel.”
He equally pleaded with the federal government to look at the high operational cost of doing business being experienced by players in the haulage of petroleum products.
‘In terms of our rising operational cost, we are merely trying to break even. The most important and primary input in our operations is Automotive Gas Oil (AGO) which is the major energy source used by our trucks. Unfortunately, however, the Averaged the major energy source used 5 at November 2022, was N808.87 against N277.89..
“Even our Mass Transit Segment was not spared from the high operating cost: According to figures obtained from the National Bureau of Statistics (NBS), the average cost of Premium Motor Spirit (PMS) as at November, 2022 was N202.46 pe/liter against N167.60 per liter in the corresponding period of 2021, which was an increase of 20.81%.
“The situation has worsened in the new year with PMS prices reaching up to N300 per liter in many states amidst acute fuel scarcity that is persisting in thé country since the last couple of months.”