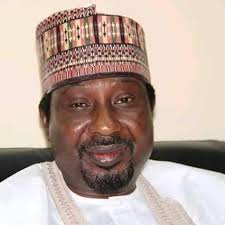 National Association of Nigerian Students (NANS) Zone A, have declared support for Senator Barau I. Jibrin’s ambition to be Governor of Kano State
The students’ union leaders gave the indication when they paid a courtesy visit on senator Jibrin at his residence to express their appreciation on the role he played in executing numerous projects across tertiary institutions in the region when he was chairman senate committee on TETFUND.

Speaking During the visit, the Treasurer of the association who led the delegation Comrade Bashir Sulaiman-Limanchi indicated that the union in the zone is proud of him due to his commitment and concern for the development of education in the zone and Nigeria at large.

“It is well known that, Education is the backbone of human civilization, social and economic development, with quality and functional education in the society, certainly such society will be prosperous and an exemplary”

“We have testified that, senator Barau Jibrin is fully committed to promoting access to quality and functional education for all in our society, in view of this we are proud to associate with you and we are ready to join hands with you in achieving this noble goal in all ramifications ” Comrade Limanchi declared.

He however disclosed that in recognition of Senator Jibrin’s contribution to educational development the student’s union has planned to construct a befitting “Student’s Arena” at Federal University Dutse, Jigawa state that will be named after the Senator.

According to him, over 2,000 students have already paid their contribution fee of N1,000 each to actualize the project.

In his response Senator Barau Jibrin commended the students for having great confidence in him, vowing to do everything humanly possible not to betray the confidence the students and public reposed in him.

Mr Jibrin, therefore, called on the students to rededicate their efforts in getting quality education, saying that knowledge is now the only weapon that could salvage the youth from restiveness.