APC will fizzle out if Convention is not shifted, Orji Uzor Kalu warns 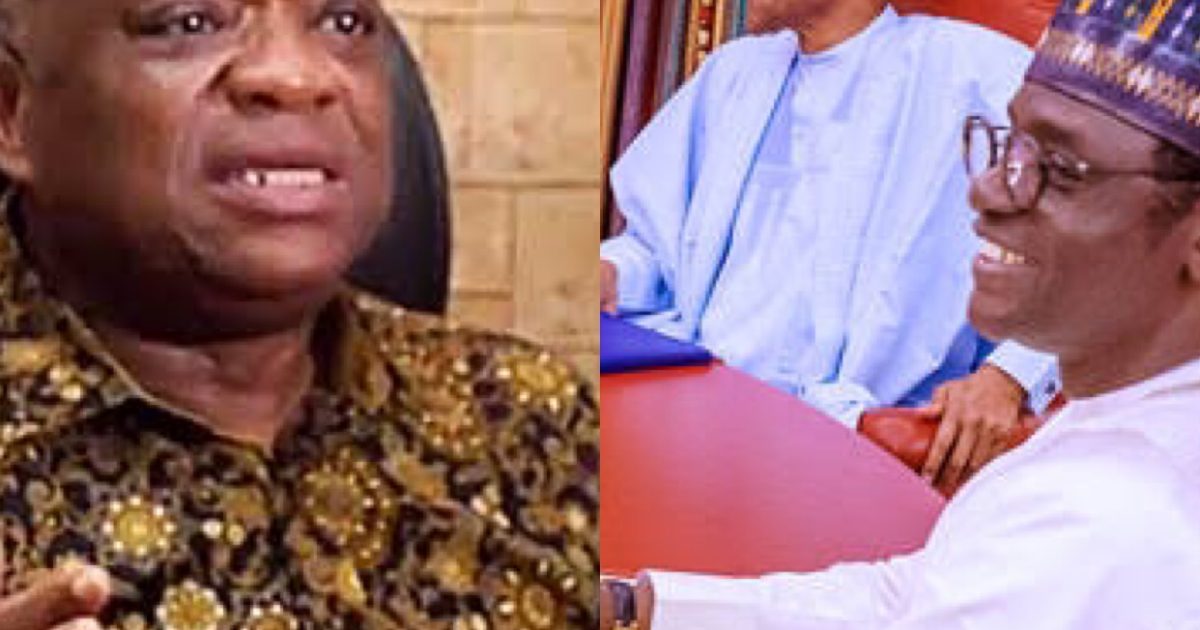 Senator Orji Uzor Kalu, has warned that the Ruling All Progressives Congress will finally collapse if the Party’s National Convention slated for February 2022 is not differed till a later date.
Senator Kalu who is the chief whip of the senate directed his warning to
President Muhammadu Buhari and other leaders of the All Progressives Congress (APC)

Kalu gave this advice in a letter to the  National Chairman Caretaker/Extraordinary Convention Planning Committee of the APC, Governor Mai Mala Buni, in Abuja,  on Thursday.

He also wants the presidential primary of the  party and election of National Working Committee (NWC) to hold ‘pari pasu’ at the convention.

Kalu in the letter titled: “Urgent appeal for postponement of APC National Convention” warned that holding the convention in February without resolving pockets of disagreements that emanated from the Congresses of the party may lead to implosion.

The letter reads in part: “It is with a sense of commitment and unflinching loyalty to our great party, the All Progressives Congress (APC) that I write to you, the content of this letter regarding the National Convention of our party slated for February, 2022.

“It is imperative to commend your sterling leadership qualities in helping to stabilise our great party across the six-geopolitical zones, with high profile defections to the party to your credit as an outstanding party leader.

“I must also commend your peaceful disposition and sense of commitment to the growth of our party which also saw very peaceful congresses across the states.

“However, it is pertinent to note that, some states are embroiled in crisis with multiple factions.

“These factions are not new to our politics, especially since the return of democracy in 1999.

“However, it is important to put into consideration, the consequences of these factions during and after elections.

“It is important to remind you that the ignoble creation of factions in our party in Rivers and Zamfara states cost the party the governorship elections in those states.

“Similarly, the creation of factions denied the party victory in so many states because the crisis were never settled. As a peaceful and tactful leader, I am sure you wouldn’t allow such scenario to reoccur.

“It is on this note that I write to appeal to your office and members of the Convention Extraordinary Planning Committee to reconsider the slated date for the 2022 National Convention.

“It is important that we collectively save the party from implosion due to the numerous court cases across the states.

“It is also important that you reconsider the date due to the confusions with regards to the zoning of offices.

“The conclusion to be drawn from all the cases is that after the state congresses, the burgeoning morale of party members was badly affected.

“It would be devastating to continue with the convention without settling the differences in our various states and, sort out the issues of zoning which in my opinion, cannot be addressed in two months.

“The logical corollary of the foregoing pronouncements of the courts is that having too many cases without settling them amicably, the APC may be embarking upon a collision course which may lead the party to implosion.

“It is important to first postpone the convention with all peace and reconciliation machineries fully put in place.

“The issue of zoning should be properly handled with even representation across the six geopolitical zones.

“In conclusion, I am suggesting for a simultaneous event of having the presidential primary and election of National Working Committee (NWC) members on the same day and venue to avoid rancour and litigations.

“As a listening and kind hearted leader, I am confident that you will consider my humble appeal to postpone the convention.

“Thank you in advance for your kind consideration and understanding.”