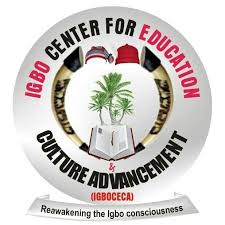 The Igbo Centre for Education and Cultural , (IGBOCECA), has commended the Federal Government over its recent effort in protecting Air Peace, a Nigerian indegenous airline against the discriminatory regulations by UAE.

The executive secretary of IGBOCECA Barrister Abel Onyemaechi Ezeawula spoke at a press conference to acknowledge the roles of President Muhammadu Buhari administration, minister of aviation and the Director General of the Nigerian Civil Aviation authority during the faceoff between Air Peace Nigeria and Emirates Airline.

IGBOCECA an NGO committed to reawakening Igbo Consciousness said, “In the last couple of weeks, we have witnessed the diplomatic brick-bat, between the Nigerian government and the United Arab Emirates, over landing slot for Air Peace, one of the most successful Airlines in Africa – run by an Igbo man.

“Air Peace had sought three landing spaces for the Airport in Sharjah, UAE, but was denied the request and offered one slot.

“In response to the UAE Government’s refusal, the Nigerian Government withdrew the earlier winter schedule granted to Emirates Airline through the NCAA.

“Expectedly, the UAE Government, through the Dubai CAA, in protest of the Nigerian government directive, cancelled its flights’ operation to Nigeria and also stopped other airlines from airlifting Nigerians to Dubai.

“The UAE Government had thought that the Nigerian Government would have buckled under pressure and rescinded their decision.
“But, in an unprecedented show of professionalism by the Director-General of NCAA and the Honorable Minister of Aviation, the duo refused to give in to the intimidation but insisted that the right things must be done and the Bilateral Air Services Agreement signed by both countries be respected.

The cultural organization said they had risen in protest for the series of events that suggests that the current administration does not have the interest of the Igbos at heart.
“However, the events of the last few weeks have prompted a deeper reflection and review of our former position.
According to him, “As a Nigerian, I have never been more proud.  The Honorable Minister of Aviation and the Nigerian Civil Aviation Authority have rekindled our hope in the strength and importance of this great country.
“More importantly, as an Igbo man, I now see a government willing to go to any extent to protect a fellow Igbo man.
“Unlike in the past when our businessmen and women are being made to feel like orphans, the events of the past few weeks have shown that we have a government that cares and is willing to stand by its people.
“This particular action has ignited our sense of pride and provided us with talking points for those who quickly promote issues that quickly divide us. “Nigerians and Igbo men and women in particular can now do legitimate business across the globe with a sense of pride, knowing that the government will protect their legitimate interests.”
“Our findings have also shown that this is only one in many instances that the Director-General of the NCAA, Captain Musa Nuhu, will support local aviation businesses, doing businesses in other countries. “
He said Captain Nuhu had intervened and resolved issues between Nigerian airlines and aviation regulators in Togo, Rwanda, Cameroon, among others.
“We have also reliably gathered that his commitment to support local aviation companies interested in operating in other countries has been unparalleled in the sector’s history.” According to one of our sources, “he is simply pro-Nigeria in all ramifications, and we need more public servants like him.”
He said, this particular noble act couldn’t have come at a better time, as the country continues to experience deep polarization across ethnic lines.
“The southeast is currently in turmoil, with armed groups threatening to tear the peaceful region apart. “However, developments like this will no doubt provide opportunities for further positive reflection.
“With Air Peace now granted seven landing slots for Dubai and Sharjah, this will help create more jobs and wealth across the country and inspire other businesses to pursue international collaborations, knowing that the government will not abandon them in times of need.
“We want to commend the Director-General of the Nigerian Civil Aviation Authority, Captain Musa Nuhu, the Honorable Minister of Aviation, Hadi Sirika and the President of Nigeria, Muhammadu Buhari, for their selfless efforts in pursuing a pan-Nigerian agenda.
“In Nigeria, where public officials are wont to treat every issue from the ethnic colouration and prism, these two have shown tremendous courage and forthrightness in leadership.
“We, therefore, call on all public officials to emulate these two, who have consistently shown that professionalism can trump regional and primordial colorations. “The import of this singular act by the NCAA and the Ministry of aviation will appear more rewarding in the retelling.

“As we speak, more Nigerians are discussing this development, albeit in hush-tones. But, in the coming months, we are hopeful that more groups will rise to commend the leadership of these agencies for their outstanding work. “This conversation has become imperative because, as you all may be aware, different groups have risen to condemn the government.

“It is only proper that when the government does something noble, we should applaud and commend them in the same measure.

“Global trends and prevailing realities suggest that when an indigenous business shows capacity to succeed, governments are meant to provide support and a platform to enable the business to grow and become a viable export.

“That has not been the case in Nigeria. But, this particular development seems to be changing the narrative.

“In a recent conversation with some friends, they had expressed optimism in Nigeria’s greatness if more people like the DG of NCAA and the Minister of Aviation are allowed to lead strategic organizations.”